The ‘Beast’ Calvin Abueva is a proven winner | Inquirer Sports

The ‘Beast’ Calvin Abueva is a proven winner 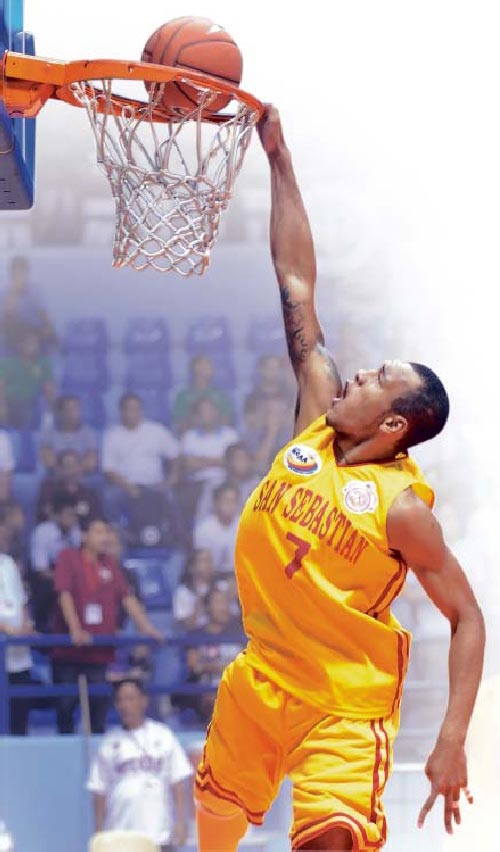 MANILA—To those dissing Calvin Abueva as an arrogant ball hog only need to look at the stat sheets this season to realize how wrong they are.

As much as he still plays like a raging pit bull on court, dominating almost every possession, the San Sebastian star has actually added dimension to his game.

For Abueva to lead the NCAA both in scoring and rebounding(23 points and 12 rebounds average) is a given.

But to lead his team in assists norming at five dishes per game, is one thing that has taken the league by surprise.

‘‘He really earned his spot here in the league.”

So much so that it’s easy for Robinson to shrug off that bad boy, get-out-of-my-way strut Abueva still flashes.

‘‘You have to take most of the bad from the good, that’s Calvin,” said Robinson.

Abueva has been tagged as ‘‘The Beast” not only for his monstrous double-double (and near triple-double) outings but also for his boundless energy and innate fierceness.

His scrappiness, in fact, makes him look bigger than his 6-foot-3 frame. But it clearly hasn’t stopped Abueva from honing his skills.

Most of the attention has been on Abueva’s gutsy scoring abilities that powered the Stags to successful seasons, including the 2009 NCAA men’s basketball championship romp.

But this year, there’s more consistency to his all-around game.

‘‘He sometimes brings the ball down the court, that’s one reason he’s been having lots of assists,” said Robinson.

‘‘It’s also a good thing for him, to have that kind of repertoire in his game. It’s going to add up to his arsenal.

“I’ve adjusted,” admitted Abueva. ‘‘If I can’t shoot, I’ll play defense or give an assist. But if I want to take a shot, I’ll find a way.”

True enough, Abueva often wants to get his way. But the Stags see no problem with that.

‘‘They’re saying he has this certain attitude, but he’s such a winner,” said Robinson. ‘‘He’s trying to prove to everyone that he’s a winner. You have to respect that also.”