MANILA—Dondon Hontiveros is mentally tough for the Smart Gilas grind but his body says otherwise. 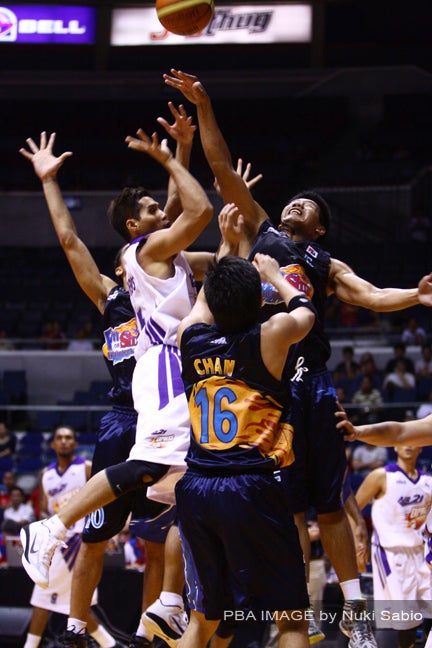 Hontiveros Friday gave up his spot on the national team, prompting Smart Gilas coach Rajko Toroman to enlist Talk ‘N Text’s Larry Fonacier and Ryan Reyes to fill the vacuum in the shooting position and replace a couple of injured players on the roster.

Toroman said Hontiveros, the 34-year-old Air21 marksman, was fagged out after playing nine straight days in the recent William Jones Cup in Taipei, where the Nationals finished third behind Iran and South Korea.

Fonacier and Reyes could also pinch-hit for team captain Chris Tiu and JV Casio, who were sidelined by injuries during the tournament.

Toroman tried to talk Hontiveros out of it but the 6-foot-2 Cebuano shooter said he would rather focus on helping his PBA ballclub.

Casio has a swollen left knee that would take at least two weeks to heal while Tiu sprained an ankle.

The Nationals are set to leave for Doha on Tuesday to compete in a four-nation pocket tournament also featuring Lebanon, Syria and Qatar.