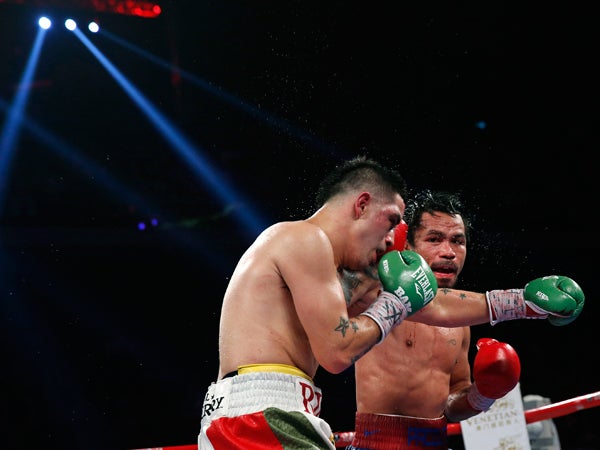 Manny Pacquiao from the Philippines, right, lands a right to Brandon Rios of the United States during their WBO international welterweight title fight Sunday, Nov. 24, 2013, in Macau. AP

The 12th comes to fruition with Manny Pacquiao looking like the same man who came out of the dugout.

Brandon Rios absorbs another combination, taunts Pacquiao to hit him on the ropes.

Pacquiao gives a high-five in the middle of the round, follows up with a combination opening up Rios’ cut above the left eye.

The southpaw hitting on his power punches as he turns Rios into a smaller version of Antonio Margarito.

Pacquiao offers his sportsmanship with a hug after the bell.