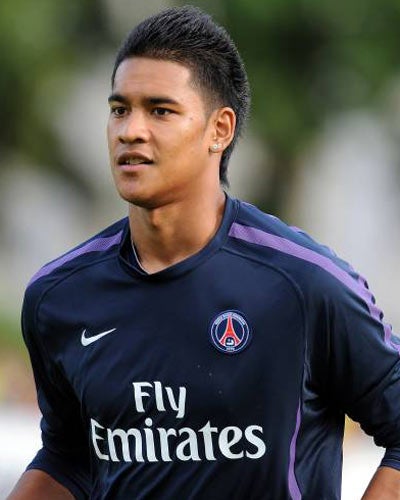 Alphonse Areola, who plays club football for Paris Saint-Germain in the French first division, has been personally invited by Azkals manager Dan Palami to join the Azkals for future competitions.

Palami, who was in Paris to watch several matches of the Philippine Homeless World Cup team, said Areola is still focused on his duties with France but did not discount the possibility of joining the Azkals in the future.

“We have really formidable goalkeepers in the team,” said Palami. Neil Etheridge is currently the No. 1 keeper in the squad, while Filipino-German player Roland Mueller, the second choice goalkeeper of German second division side Duisberg, has also agreed to join the Azkals.

Azkals coach Michael Weiss said Filipino-German striker Kevin Ingreso will beef up the squad next year after getting clearance from his club, Hamburg.

Weiss also revealed that the German Football Association (DFB) is sending a technical adviser in Krautzen Ekhardt in October to make an assessment on the current state of the sport in the country, especially at the youth level.

At the same time, the DFB, is also inviting local coaches Yanti Barsales and Edzel Bracamonte to undergo a three-week extensive coaching course in Germany as part of the assistance package that came with the hiring of Weiss.

Another German coach, Michael Kruger, who was part of the backroom staff of the Tunisia team that reached the World Cup in 2006, will be arriving this month to join the coaching staff for the Azkals Under-23 squad for the SEA Games.

Azkals sponsor Cortal SQR recently gave the team P500,000 for its campaign in the Long Teng Cup in Taiwan next month as well as the SEA Games in December. Cortal also gave the Philippine Homeless World Cup team financial aid of P200,000.