Pacquiao vows: I will hunt Bradley down | Inquirer Sports

Pacquiao vows: I will hunt Bradley down 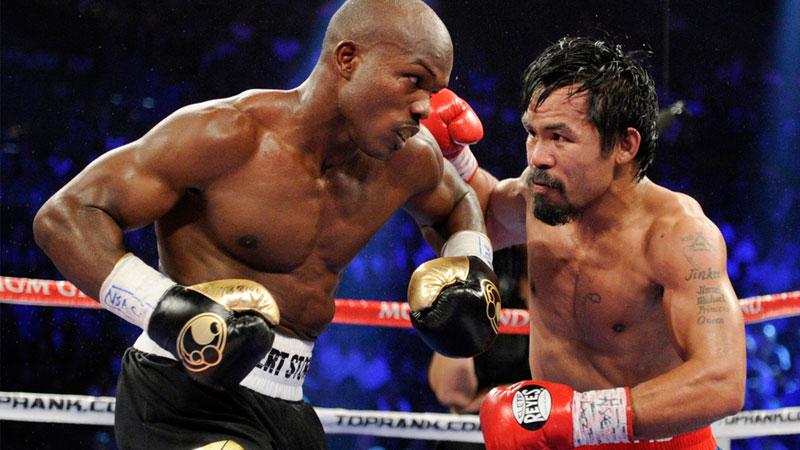 MANILA, Philippines — As in their first fight, Manny Pacquiao thinks Timothy Bradley won’t  trade punches with him in their rematch on April 12 in Las Vegas.

Pacquiao said he will have to go after the unbeaten American to regain the World Boxing Organization welterweight crown that Bradley snatched from him with a controversial split decision two years ago.

“I do not think Bradley will fight toe-to-toe with me, so I will have to hunt him down,” Pacquiao said in a conference call Wednesday (Thursday in Manila).

And if Bradley continues to run throughout their 12-round showdown at MGM Grand in America’s gambling capital, Pacquiao promises to apply nonstop pressure this time.

Though knocking out Bradley is not his priority, Pacquiao said he won’t hesitate “if  the opportunity presents itself.

“I am going to go for it (knockout),” the eight-division world champion said.

Admitting that he eased up in the latter stages of their first encounter, which ended in split decision for Bradley, Pacquiao said he will show “no mercy” this time and make the American pay for taunting him that he no longer has the killer instinct.