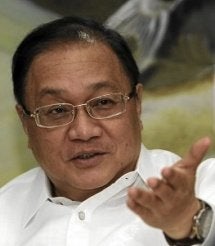 The Last Home Stand, supposedly a two-part series, won’t push through with its final day on Wednesday after no less than business tycoon Manny V. Pangilinan himself called it off.

“We apologize to the Filipino basketball fans for what happened tonight (Tuesday night),” said Pangilinan during an impromptu press conference at the Smart Araneta Coliseum. “We have canceled the events for tomorrow (Wednesday).”

The shocking announcement from the PLDT chair Pangilinan came on the heels of an ugly turnout on Tuesday where basketball fans were outraged over the charity event’s organizers after a string of false hopes that ironically started with “The Truth” Paul Pierce being in the NBA select squad.

The top Gilas patron Pangilinan also assured that fans, who bought tickets for either date, will get a full refund.

Pierce, who recently signed with the Washington Wizards, backed out just a little over a week ago. Then Los Angeles Clippers’ Blake Griffin, who was part of the first batch of All-Stars announced arriving in the country, and Indiana Pacers’ Paul George, one of the last to confirm, both begged off at the very last second, citing “urgent personal matters.”

And the last straw came when the much-awaited exhibition game between the NBA stars and Gilas Pilipinas turned into an open practice as fans who paid as much as P20,000 watched high-leapers DeMar Derozan and Terrence Ross and basketball wizards Kyle Lowry, Damian Lillard and Brandon Jennings show off their games in mere drills.

A disappointed Pangilinan also said that they had even thought of even “canceling tonight’s event” upon learning the All-Stars were prohibited by the NBA to participate in a tune-up.

“The players got worried, they got scared,” said Gilas head coach Chot Reyes.

Had Kawhi Leonard and his fellow basketball icons played, they would’ve merited stiff suspensions and fines from the NBA.

Maria Espaldon, president of East West Private, the company which made talks with the NBA of bringing the basketball stars here, put it against the NBA for the disastrous outcome despite admitting that they had shortcomings too for failing to meet the league’s deadline that allows its players to participate in such events, particularly in an actual game of five-on-five, that would’ve avoided such mishap wherein the fans were the ones hit the hardest.

“Obviously, it’s tough. It definitely didn’t go as planned,” said Gilas skipper Jimmy Alapag. “But the people I feel bad the most for are the fans.”

“We thought that it could be a great opportunity to really bring the best of basketball here and also do charity at the same time. That was sort of what we were hoping the NBA, despite the fact that we had missed the deadline, would have said that’s for charity and it’s for the benefit of the typhoon victims of Haiyan (Yoland),” Espaldon shared.

Espaldon insisted that the event was for the benefit of typhoon victims but the NBA “weren’t having any of that.”

Bryant and company played two games here–one against the National team and the other against PBA stars–during the NBA lockout.

The pair of games was also set as part of the Philippine team’s buildup for the World Cup and the Asian Games that would’ve provided Gilas, coming off a podium finish at the Fiba Asia Cup in China, a picture of where it’s at.

“I think the next step is for them to take off for Miami and do their intensive training with Blatche and after a few weeks or so move to Spain for tune-up games with other countries participating in the World Cup,” Pangilinan said, referring to naturalized Filipino Andray Blatche.

“They’ll be gone end of July until the World Cup,” he added.