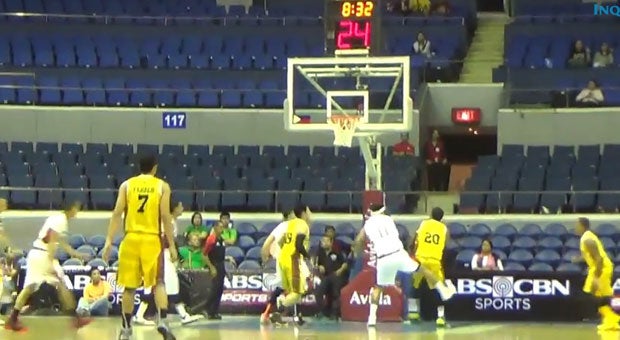 MANILA, Philippines — UAAP Commissioner Andy Jao stressed on Sunday that he didn’t see anything wrong with the officiating during the game between University of the Philippines and University of Santo Tomas last Saturday.

Jao’s statement came on the heels of the Fighting Maroons head coach Rey Madrid’s grave accusations of point shaving against two of the three referees overseeing the game where his team suffered a 57-73 loss to the Growling Tigers.

“I accommodated him only because I thought he wanted to talk to me. If not, if he was going to complain, I was gonna say, you should’ve gone through the right procedure, write me, ready the tape or something, show me the points you want to prove then let’s go over it,” Jao added. “But it didn’t happen.”

“If I thought there was something grossly wrong with the game, I will be the first one to be mad but I didn’t think there was anything wrong,” he said.

Jao also reviewed the game tape and saw that UST did what it had to do that resulted in the game to be as one-sided.

“We have to give it to UST. I thought they played a good second half.  They played well defensively and they played well offensively. They went to their mismatches which are Abdul and Vigil and they took advantage of that. And their defense really improved,” he said.

There is also a standard protocol among the referees where “you have to make the call and you never look at the score. You have to make a call as you see it,” Jao said.

Jao is keeping himself from making any decisions regarding the issue – not before the 24-hour period he is giving Madrid to answer back.

“We have to follow the procedures. I can’t really understand him in the beginning. It’s very sad but the situation is there, so we must do something about it. But I will give him the opportunity.  I expect him to reply to me within 24 hours. I’ll give him 24 hours then we’ll go over the things that should be done,” he said.

And as far as Jao is concerned, Madrid could face a possible suspension for lashing out on the officiating during a post-game interview.

“Of course,” Jao said when asked if Madrid could merit a suspension for his allegations. “The case of Allado on Twitter he was banned for a year but that’s the PBA. In the NBA you’d be fined or suspended for a long period of time. But I don’t wanna be that cruel to him either maybe it was also out of emotion.”

“But there must be something that we must do or we cannot continue to take things just like that.”