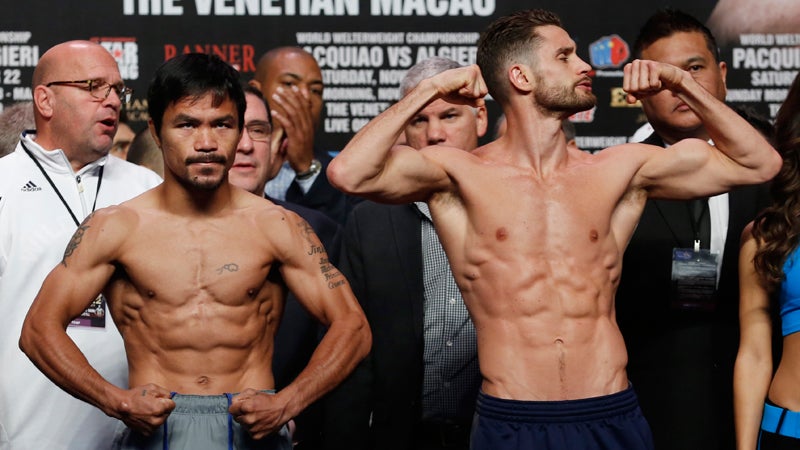 MANILA, Philippines — Filipino ring icon Manny Pacquiao did not have any trouble making weight on Saturday at The Venetian in Macau, while undefeated American Chris Algieri needed another hour to finally make the limit.

Pacquiao easily tipped the scales at 143.8 lbs, while Algieri needed another try to finally get to 143.6 lbs.

Algieri initially weighed in at 144.4 and had to strip naked but still tipped in at 144.2 lbs, a shade over the catchweight limit the two camps have agreed upon.

Algieri (20-0, 8 KOs), a natural junior welterweight, was given two hours to get rid of the excess weight, but spent less than that to finally make the limit.

Incidentally, Algieri posted his breakfast with the hashtags #ChampionLifestyle, #breakfast, #PacAlgieri and #makingweightright before the official weigh-in. A number of his followers commented that he should have saved the meal after the event. Roach on Algieri’s chance vs Pacquiao: 0