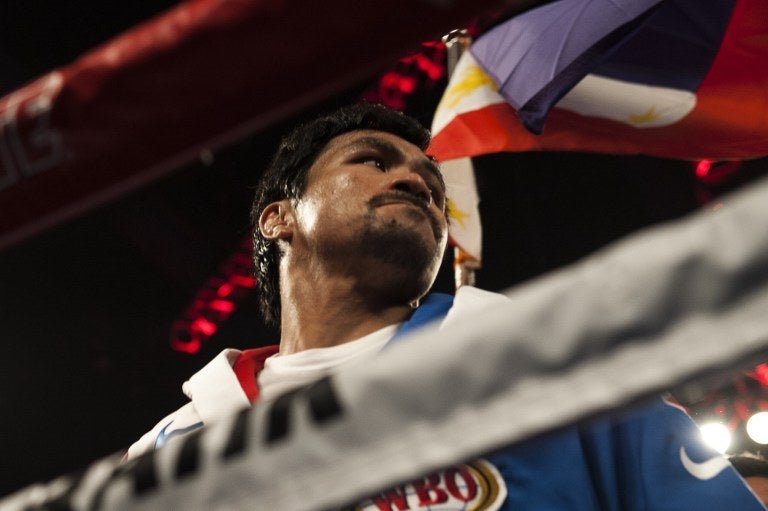 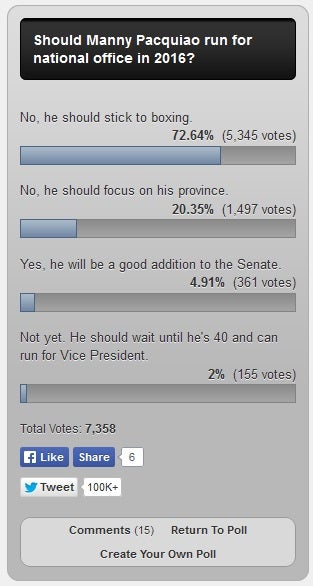 The question asked in the informal survey was “Should Manny Pacquiao run for national office in 2016?”

Only 4.91 percent or 361 readers answered that he would be a “good addition to the Senate while two percent or 155 votes believed that he should wait until he turns 40 years old so he could run for vice president.

Pacquiao, who did not finish high school but passed an equivalency test, transformed his fame as world boxing champion into a political career.

The Sarangani Representative has earlier admitted that he had dreamt of becoming a Philippine President once he retires from his boxing career.

But according to an election lawyer, Romulo Macalintal, Pacquiao, who was born on Dec. 17, 1978, is not qualified to run for President or Vice President in 2016, since the positions require that a candidate must at least be 40 years of age on the day of the election.
He, however, is qualified to run for senator because the age qualification is at least 35 years old.
Vice President Jejomar Binay has earlier announced that Pacquiao would be included in the opposition’s senatorial slate in 2016.
RELATED STORIES

Pacquiao says he will consider running for president
Election lawyer: Pacquiao not qualified to run for VP in 2016