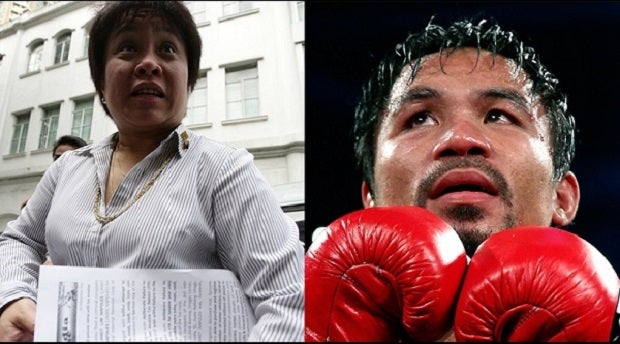 Even before his fight against rival Floyd Mayweather Jr., Manny Pacquiao was immediately on the other end of a sucker punch.

In a report by TV Patrol, Henares was quoted as saying that Pacquiao should report the “correct” amount and “on time.”

Pacquiao, as nifty as he is, dodged and threw a counter jab saying if he wasn’t doing any of Henares’ orders he would probably be jailed.

“If I don’t pay my taxes in America, I’d be jailed,” Pacquiao said in the television report. “Common sense.”

Henares and the BIR have accused Pacquiao of misdeclaring his income, while the Filipino boxing icon has said that the BIR chief has been harrassing him.

After victory, Pacquiao gets reminder from BIR : Declare right income