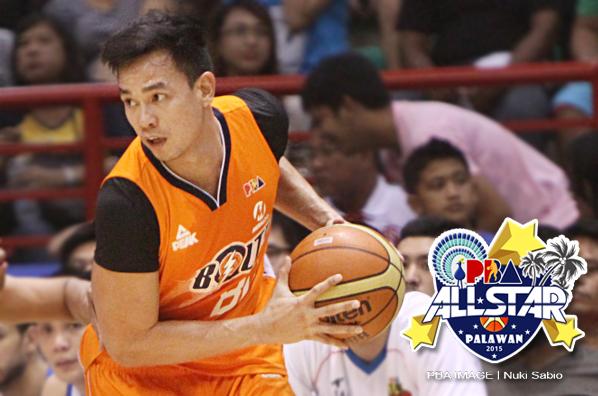 Today’s events serve as an appetizer to the annual All-Star Game pitting North versus South on Sunday.

The league’s top rookies then take on the sophomores in a blitz game that tips off at 7 p.m.

Rain or Shine’s Raymond Almazan is expected to lead the sophomores against a team led by former Letran teammate Kevin Alas.

There won’t be a shortage of talent in the rookie team with Ganuelas-Rosser, Ronald Pascual, Jake Pascual and Anthony Semerad also part of the squad.

Meanwhile, the South All-Stars remain upbeat as they  come out on top against the North despite the absence of reigning MVP June Mar Fajardo and Dondon Hontiveros.

“We will give them a tough match-up,” said NLEX center Asi Taulava.

Taulava, who is making his record 13th All-Star Game, has been voted to start for the South All-Stars along with Greg Slaughter, James Yap, Barroca and Fajardo, who sustained an ankle injury last Tuesday.

Starting for the North side are Marc Pingris, Melton, Castro, Calvin Abueva and Aguilar.