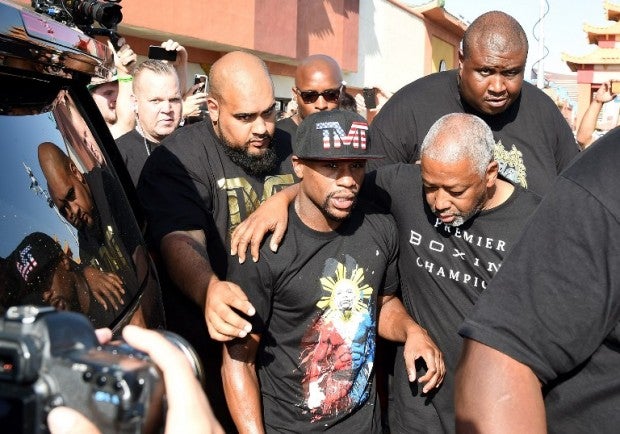 The shirt’s design had an image of Mayweather himself covered in the Philippine flag’s colors with an enlarged yellow sun at the back of his head.

Mayweather hosted his open workout at his gym in Las Vegas that was attended by media outfits from around the world and actor David Hasselhoff.

The training session is Mayweather’s last public appearance as he locks down his gym to keep his focus ahead of his $300 million fight against Filipino boxing icon Manny Pacquiao on May 2 at the MGM Grand Garden Arena.