IN PHOTOS: MGM Grand a week before Pacquiao-Mayweather bout

MGM Grand Garden Arena will be the stage of the richest fight in boxing history as Floyd Mayweather Jr. and Manny Pacquiao finally collide on May 2.

With exactly a week to go before the mega fight, MGM Grand Garden Arena, which has also housed countless of significant boxing matches in the past, is already dressed up to the occasion and buzzing with activity.

The walls, the hallways, and even slot machines in the casino of MGM Grand are plastered with the official poster of the Pacquiao-Mayweather bout.

Here are photos inside and outside the venue of the Fight of the Century. CC The much-awaited showdown at the MGM Grand Garden Arena in Las Vegas just a week away. 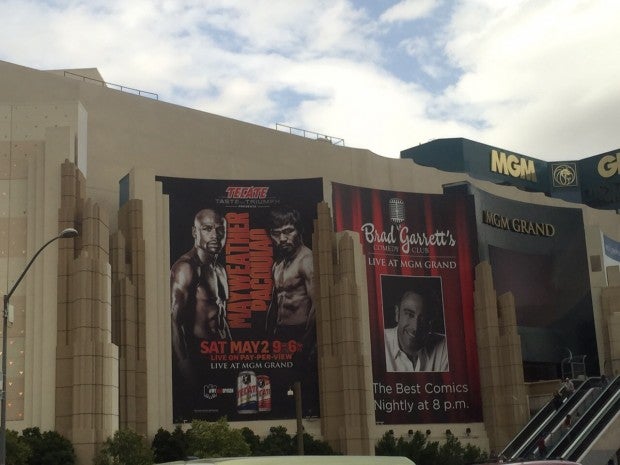 Official poster of the fight advertised at the MGM Grand. At the parking lot of the MGM Grand. 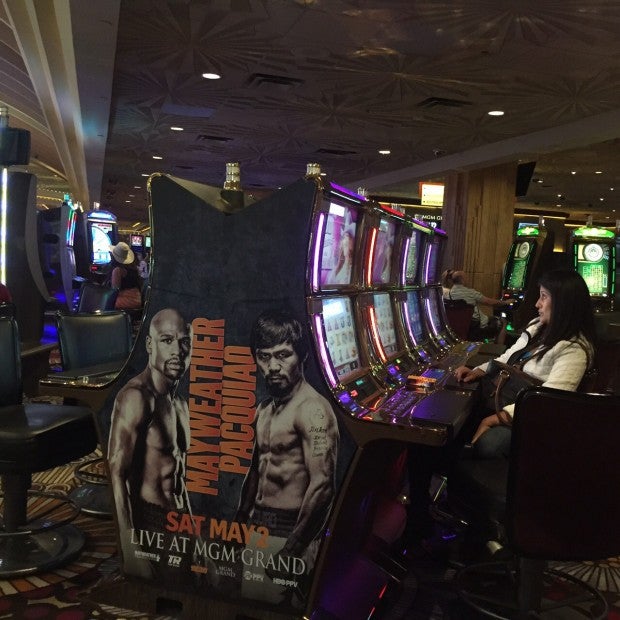 One of the many slot machines plastered with Mayweather-Pacquiao posters. A sports bar inside MGM Grand with Mayweather and Pacquiao posters all over it. 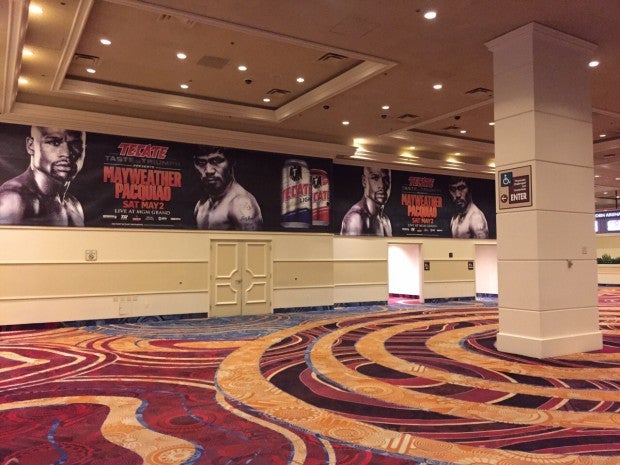 Hallway inside the MGM Grand on the way to the arena. 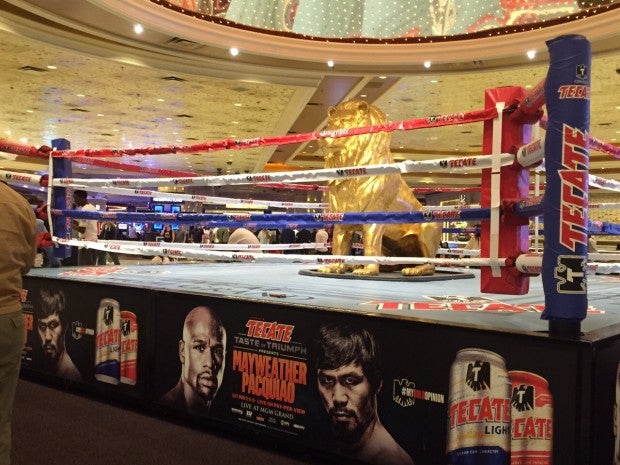 A mini boxing ring located inside the casino area. 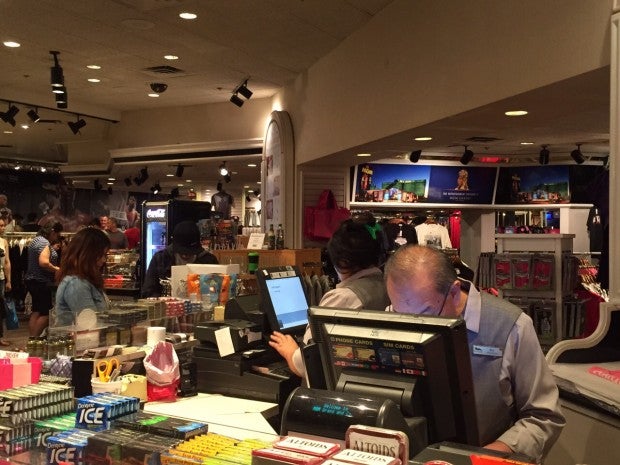 Busy day. A Filipino cashier at the official merchandise shop says posters are the store’s best-seller. The official poster sells at $20 each. A Floyd Mayweather and Manny Pacquiao-designed flask sells for $25 at the official merchandise shop. A pair of mini boxing gloves with Floyd Mayweather Jr. and Manny Pacquiao on it sell for $25. 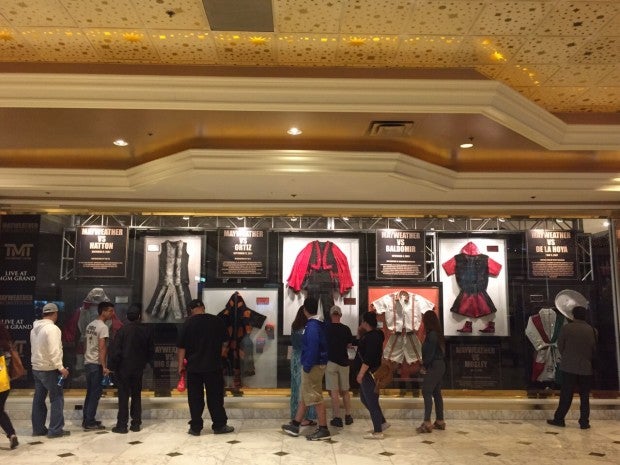 People can also buy a painting of Floyd Mayweather Jr. at the official merchandise shop inside the MGM Grand. The Money Team clothing line has its own section at the official merchandise shop inside MGM Grand. A replica of all of Floyd Mayweather Jr.’s world titles are among those displayed in his mini-exhibit inside MGM Grand.