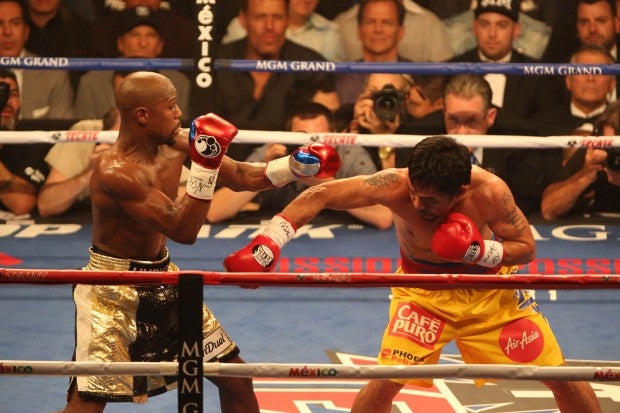 ALABEL, Sarangani, Philippines—It may have been just another sleepy weekday afternoon, the streets almost deserted, with folk going about their daily business, slumped in jeepneys and trikes, some of them dozing off.

But this is Manny Pacquiao country, the center of devotion to the People’s Champ.

Just days after their hometown hero lost the “Fight of the Century” to American Floyd Mayweather Jr., the town, it seemed, was in quiet mourning.

“People know that he won that fight. That’s what we believe. Not just here—the whole world!” she added in Filipino.

Declarations of admiration, of undiminished love for Pacquiao despite this latest loss—a movement that exploded on social media immediately after the fight—could be expected to be more pronounced here, where the boxer’s come-up-from-nothing story began.

But as yet, nothing of the sort can be seen on the roads of General Santos City and Sarangani —no big billboards or tarpaulins, no buntings on major thoroughfares for locals and visitors to see.

There are no images of the revered boxer and lawmaker, preacher, philanthropist, singer, actor, basketball player/coach, international product endorser, except for a pile of Pacquiao-Mayweather surplus shirts at the airport.

But the celebrations are coming and the town was getting ready for the hero’s return, said Grafilo.

“We have one poster at the entrance to Alabel. It says ‘We are proud of you,’” the mayor said.

“And we are having more made,” she added.

According to Grafilo, the province will eventually prepare a grand homecoming for the boxer, even if he returns without a title belt.

“There will be a hero’s welcome from GenSan to Sarangani. For sure, even in Manila. But there is no date yet,” she said.

(Pacquiao underwent surgery on his right shoulder in Los Angeles on Wednesday. He was tentatively scheduled to arrive in Manila on Tuesday and fly on to GenSan the same day.)

She speaks of her representative in Congress like an old friend. In her office, a framed photo of Pacquiao hangs on the wall behind her desk, even larger than the picture of President Benigno Aquino III beside it.

“He is still our champ,” said the mayor.

From airplane to coffee shop and town hall, Sarangani folk are trying to remedy their pain. Comments are rife about Mayweather’s strategy, about the “impossible” punch tally, about the possibility of a rematch.

“He (Mayweather) just kept on running. Isn’t there a theme song for that now? The one that goes sometimes I run…,’” said Grafilo, referring to the Britney Spears song that has become a literal running joke widely shared on social media, poking fun at the American boxer’s defense tactics.

“But I admire him [Pacquiao]. Even if he knows that he [really] won, he just accepted the decision,” the mayor said.

Winner even in knockout

The sentiment is no surprise coming from a Pacquiao super fan who, until now, believes her idol did not really lose to Mexican Juan Manuel Marquez.

Pacquiao had ended up facedown inside the ring during his last match against Marquez in December 2012, a convincing knockout by his four-time foe.

But not for Grafilo. She was there at MGM Grand in Las Vegas, she said, and saw it for herself.

“He (Pacquiao) did not really lose that fight (against Marquez). I saw it with my own eyes. He tripped,” Grafilo said.

“But we have to accept it, because he has also accepted [that loss],” she added.

Mayweather knew everything about Pacquiao during training camp—report