The official weigh-ins for UFC Fight Night in Manila featuring Frankie Edgar and Urijah Faber were held at the SM Mall of Asia Arena Friday night, with all but one fighter making the weight.

Former champions Edgar and Faber both weighed in at 146 lbs for their featherweight bout while Royston Wee failed to make the 135-lbs bantamweight limit. He tipped the scales at 137 lbs. Frankie Edgar and Urijah Faber stare down after their official weigh-in Friday night at the SM Mall of Asia Arena. The weigh-ins for UFC Fight Night in Manila were held Friday night at the SM Mall of Asia Arena. 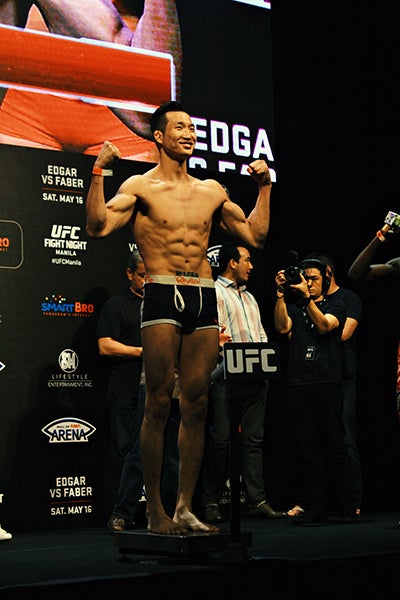 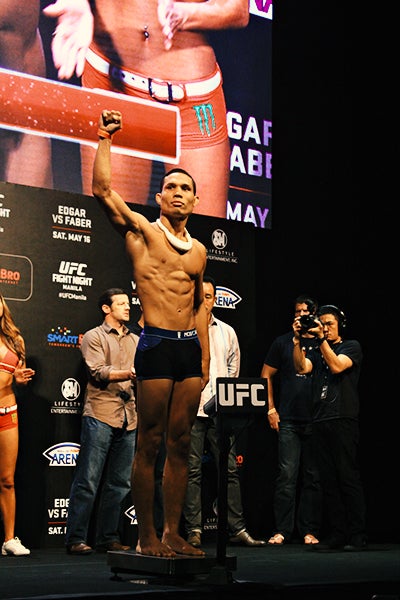