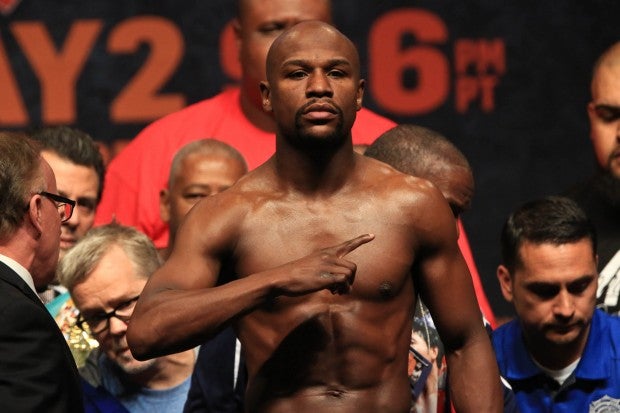 Floyd Mayweather may soon end his career fighting a Brit, either Amir Khan or Kell Brook.

Lance Pugmire of Los Angeles Times tweeted that Mayweather could announce his next opponent after Manny Pacquiao “within two weeks.”

With the scenario, a Mayweather-Khan fight has a higher chance of happening as the Bolton native and former Pacquiao sparring mate wants to fight Mayweather more than his British rival Brook.

Khan defeated Chris Algieri on May 29 via unanimous decision and believes he has a shot at the unified WBA, WBC, and WBO Welterweight Champion.

“I’ve answered all the questions. It’s time for the Mayweather fight to happen,” Khan told Dan Rafael of ESPN.

Khan told Sky Sports his win over Algieri “strengthened” his case as a possible Mayweather opponent.

“I don’t think I have ever been closer to getting the fight with Floyd Mayweather than I am at this moment,” Khan said. “The indications are that I have strengthened my case with my win over Algieri and I believe there is every chance the fight could be confirmed within the next two weeks.”

Even before the much ballyhooed Fight of the Century between Mayweather and Pacquiao, Khan has made it known that he wants to take a shot at the Pretty Boy and shunned away any potential fight discussions with Brook. CC