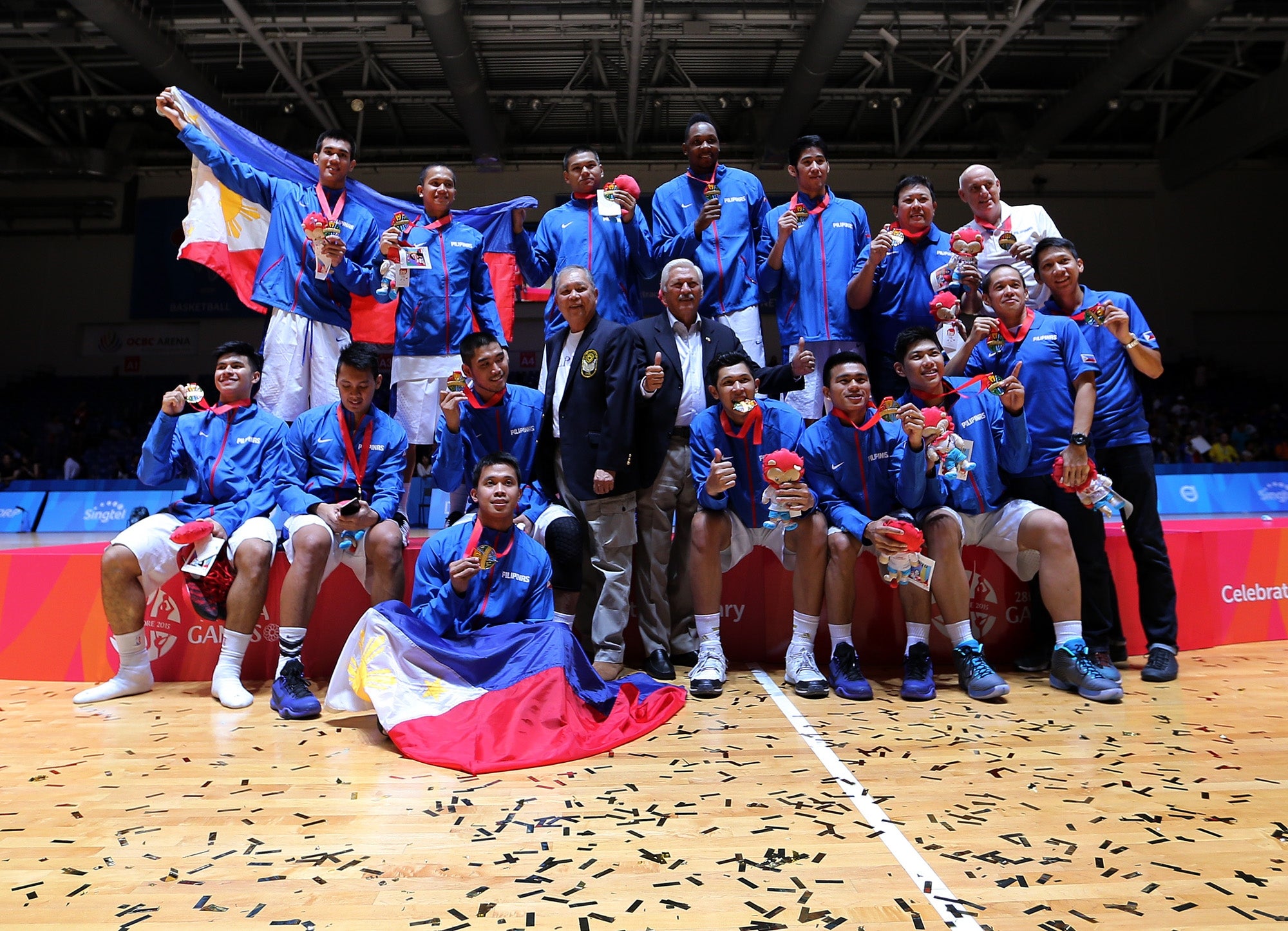 SINGAPORE—With other countries in Southeast Asia fast catching up, the Philippine men’s basketball program should adopt sweeping changes USA Basketball made in the world stage.

It capped the campaign of the Philippine delegation on a bright note, but the final stretch of road going to the gold was rough, if not scary.

The hard-earned victories over Thailand in the semifinals and Indonesia in the finale have been an eye-opener to many, especially to coach Tab Baldwin.

“I’m not sure what our options are. You have to remember USA Basketball went through the same thing,” said Baldwin after the Filipinos defeated the Indonesians, 72-64, for the gold in front of a wildly cheering Filipino section at the OCBC Arena here.

“They sent amateurs for so many years in major tournaments and all of a sudden they realized the world had caught up. We’re going through the same thing,” added Baldwin.

For decades, Philippine basketball has dominated the region by sending collegiate standouts and gained tremendous success.

But with the emergence of the Asean Basketball League, dribblers from Singapore, Thailand, Malaysia and Indonesia have narrowed the gap in the SEA Games.

“Our amateurs are very, very good basketball players. But these professionals are playing in the ABL and other countries are catching up,” said Baldwin.

“What we’re going to do with that, I don’t know. But it’s certainly worth the discussion,” added the head coach of the pro-spiked Gilas. CFC