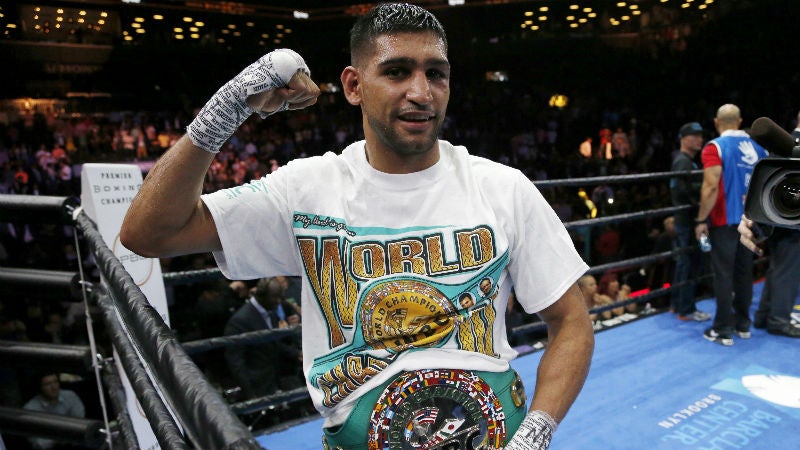 Floyd Mayweather Jr. may not look far for his next opponent as British Amir Khan feels confident a fight is virtually locked.

Khan told Sky Sports he talked to Floyd Mayweather Sr. through the phone about a potential fight all while getting “under the skin” of the Mayweathers.

“I spoke to Floyd Sr. the other night. He thinks Floyd can beat me easily, so I said ‘all right, if that’s the case, then let’s get a fight made,'” Khan said in the report. “Then he went all crazy on me and there was lots of swearing. I’ve got a video, I’ve not posted it yet, but I am going to.”

“I did get under his skin. He knows I am the guy to maybe beat his son. He doesn’t like the fight between me and Floyd because he knows I could cause him big problems.

Mayweather and Khan were both victorious in their previous fights.

Khan outlasted Chris Algieri in 12 rounds while Mayweather did the same to Manny Pacquiao.

To help things speed up, Khan signed with Mayweather’s management and promotional team with Al Haymon at the helm.

“It makes it a little bit easier because obviously Al Haymon definitely is going to try his best for both of us,” Khan said. “We will both be on the same TV Channel, we’re not going to negotiate on that. Being with the same team, manager and promotional team means it won’t be hard to make. That’s something we have on our side but we are just waiting at the moment.”

“We are getting very close to a fight, I hope.”