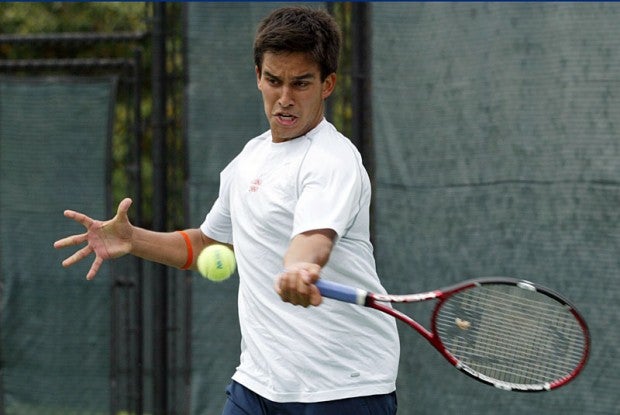 Doubles will be the key.

That was the assessment of Cebuana Lhuillier-Philippine Davis Cup manager Jean Henri Lhuillier of the country’s chances in the Asia/Oceania Group 2 tie against a strong Chinese Taipei side which starts on Friday in Kaohsiung.

Lhuillier is banking on the expected tandem of Treat Huey and Ruben Gonzales, who are most likely to lock horns against Taiwan top player Lu Yen-hsun and Peng Hsien-yin, the highest-ranked doubles player in the host’s roster.

“The team faces tough competition against Chinese Taipei. We are looking at ending Day 1 at least at 1-1 and getting a good doubles match where we always have a big chance of winning,” said Lhuillier yesterday, “and another win on the reverse singles.”

The Philippines will be bannered by Jeson Patrombon and Patrick John Tierro in singles of the tie that will be held in an outdoor acrylic court of Yangming Tennis Courts.

But Lhuillier, who is also the Philippine Tennis Association chair, admitted that it’s not going to be a walk in the park for the PH Cuppers.

“It’s going to be close but I honestly think we have a big chance of pulling an upset against Chinese Taipei,” he added.

The opening singles will be on Friday starting at 11 a.m., while Saturday’s doubles will start 2 p.m. The reverse singles on Sunday will also begin at 11 a.m.

Completing the lineup for Taiwan are Hung Jui-chen and Lee Hsin-han.