LeBron James headed back to Manila for Nike Rise 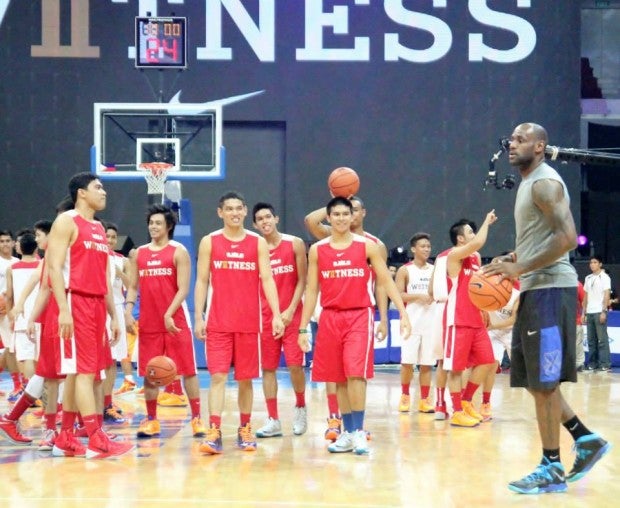 LeBron James with some of Gilas cadets during his visit to the Philippines in 2013. Photo by Celest Flores-Colina/INQUIRER.net

NBA superstar LeBron James is coming back to Manila.

The two-time NBA champion will make his second trip here in the home of basketball’s most passionate fans as a mentor of the Nike Rise program.

James is the second basketball star to be part of Rise after Indiana Pacers All-Star Paul George opened the House of Rise during the official introductions of the 24 kids chosen to be part of the reality documentary and basketball development program.

He will reportedly arrive in the country on August 19.

The four-time MVP made his first trip to Manila in July two years ago for a one-day “Witness History” tour at Mall of Asia Arena.

James is coming off his fifth straight NBA Finals appearance where his injury-depleted Cavaliers fell short against the Golden State Warriors in six games. CFC