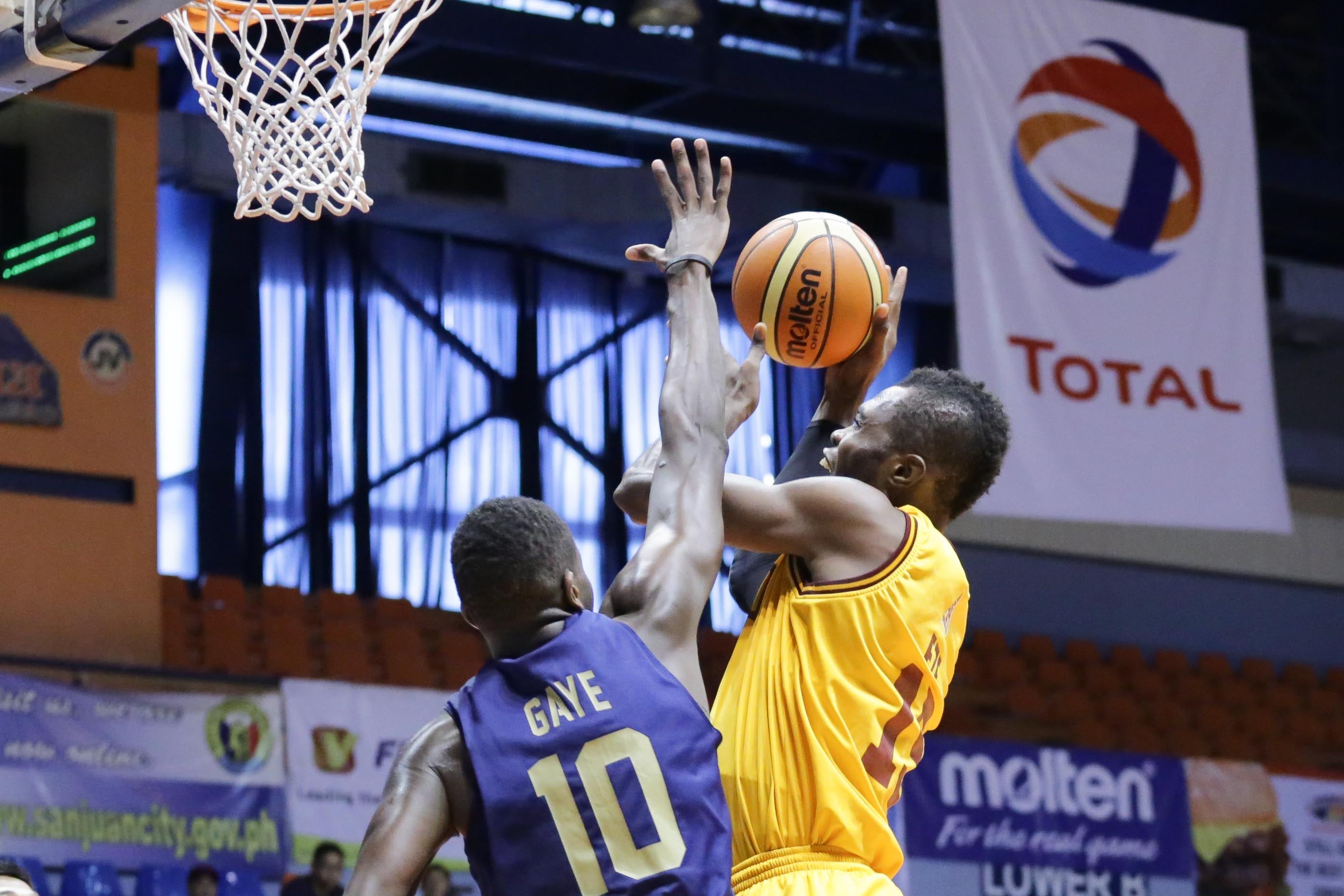 Perpetual held on to an ugly 68-55 victory over Emilio Aguinaldo College for its sixth win in the NCAA Season 91 men’s basketball tournament Tuesday at San Juan Arena.

Playing without Earl Scottie Thompson, who sprained his left ankle, for the final 6:31 of the game, the Altas relied on Prince Eze down the stretch to come away with the victory.

Eze topped Perpetual with 17 points, 12 coming in the second half, alongside eight rebounds, while AJ Coronel got 16 markers.

Though he was unable to finish the game, Thompson finished with four points, 12 rebounds, eight assists, and two steals.

“We didn’t give up. Whatever EAC had, we stayed in the game and held on,” said coach Aric del Rosario, whose Altas improved to 6-2. “Even without Scott, the team found a way to win.”

Aside from Thompson, the game also saw Coronel exit the game due to cramps and EAC’s Enjerico Diego injure his left leg, all late in the payoff period.

Francis Munsayac paced EAC with 18 points powered by five threes, while Laminou Hamadou got a near double-double with 12 markers and nine rebounds for the Generals, which fell to 2-6.