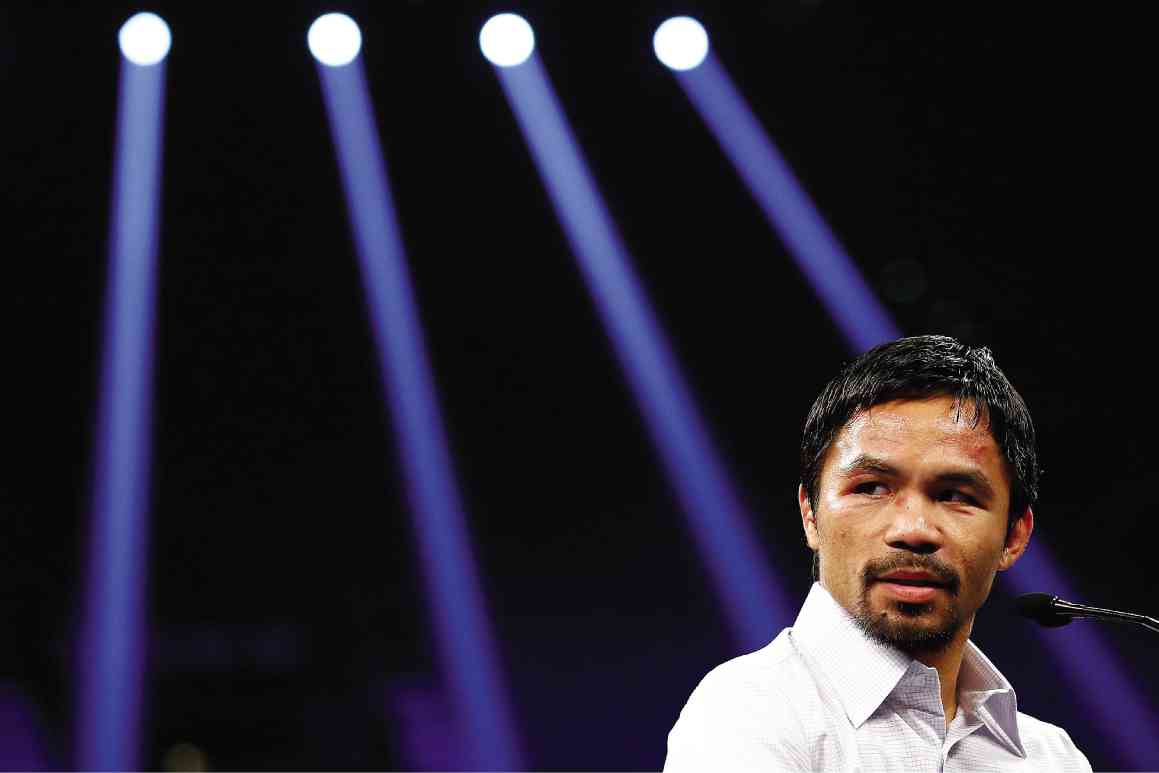 Filipino boxing champion Manny Pacquiao called for punishment and a rematch on Friday after his fierce rival Floyd Mayweather was accused of violating anti-doping rules in the build-up to their mega-fight in May.

The eight-division world champion, who lost a unanimous decision to Mayweather in Las Vegas, urged Nevada sports officials to “impose the appropriate sanction” on the unbeaten American.

Mayweather and the United States Anti-Doping Agency (USADA) have both insisted the boxer’s actions were legal after it emerged he was injected with vitamins and minerals before the fight.

But Pacquiao questioned why USADA only informed the Nevada State Athletic Commission (NSAC) about the infusion three weeks after the bout, by which time Mayweather had already received a USADA exemption.

“Are they hiding something? For the sake of fairness and for the good of the sport, NSAC must be consistent,” he told reporters at his home General Santos City.

“If needed, the NSAC should impose the appropriate sanction to sustain its credibility and to show the world they did not give preferential treatment to the Mayweather camp,” he added.

A report on the SB Nation sports news website said Mayweather had broken World Anti-Doping Agency (WADA) regulations by having an IV infusion at his home in Las Vegas on May 1, the day before the fight.

WADA guidelines say IV infusions are prohibited because they can be used to mask performance-enhancing drugs, increase plasma volume levels and distort the values of an athlete’s biological passport.

But a USADA source told AFP that because Mayweather obtained a therapeutic use exemption, no offence had been committed under WADA rules.

‘I want a rematch’

Pacquiao also said he was treated unfairly because the Nevada body refused to let him use a USADA-approved painkiller for the fight, when he was carrying a shoulder injury.

“That is why I want a rematch. One without any injury and with fair play. No favoritism. Not one where the Mayweather camp gets to dictate all the terms and conditions,” he said.

Doping allegations have been at the heart of the fighters’ long-running feud, which has not abated since Mayweather won their only meeting for the World Boxing Organization welterweight title.

The richest fight in boxing history took years to become reality, partly because of Mayweather’s insistence that Pacquiao comply with a strict drug-testing regime.

Mayweather later accused Pacquiao of using performance-enhancing drugs, prompting a lawsuit which was settled out of court.

After Mayweather’s victory on points, he branded Pacquiao a “sore loser” for revealing his injured torn rotator cuff injury, which later needed surgery.

“Truth finally came out and I was vindicated,” Pacquiao said in a brief statement earlier.

READ: Mayweather: I am proud to be a clean athlete

Mayweather, who is looking to extend his unblemished 49-0 record against Andre Berto on Saturday, has insisted he is a “clean athlete”.

“I follow and have always followed the rules of Nevada and USADA, the gold standard of drug testing,” Mayweather said in a statement.

“I am very proud to be a clean athlete and will continue to champion the cause,” he added.