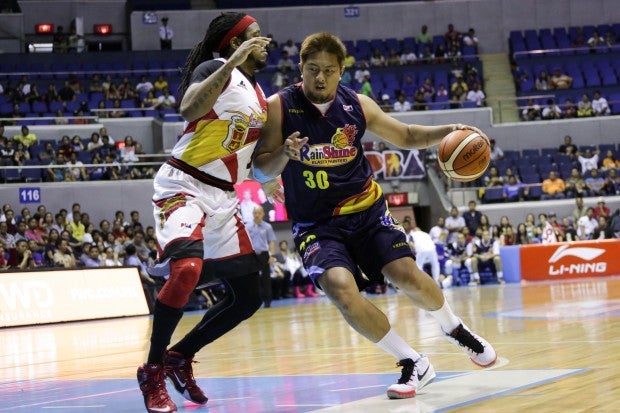 With the entry of Talk N’ Text twin towers Troy Rosario and Moala Tautuaa, expect the battle down low in the PBA to be a little more tougher.

But Rain or Shine bruiser Beau Belga is unfazed with the arrival of PBA’s new frontcourt threats.

(That’s no problem to us. Whoever arrives, you need to face them. You can’t let them dominate you because this league is for the tough. Whoever is tougher, he has the advantage.)

The burly big man is confident that just like in the past seasons, the Elasto Painters big men can hold their own down low.

(We are veterans. We won’t let them beat us easily.)

While the incoming rookies especially Tautuaa and Rosario have an advantage when it comes to youth and athleticism, Belga is confident that Rain or Shine will find a way to compete with those athletic rookies.

“It’s how you defend those guys, how you’ll stop them, manage their contributions. We [Rain or Shine] rely on defense. Offense will come once we start defending. That’s our focus. Hopefully, we won’t have a problem this season,” he said.

Belga, though, is convinced that they’re just as athletic as the new Texters big men.