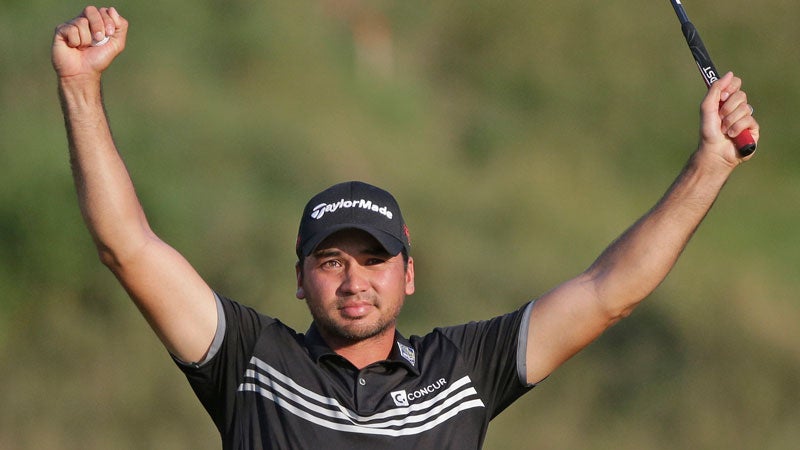 CHICAGO, United States — Jason Day claimed his seventh USPGA Tour victory on Sunday to take over the world number one ranking, becoming the third player in as many weeks to capture golf’s coveted top spot.

The 27-year-old Australian went wire-to-wire, closing with his second straight two-under 69 to win by six strokes at the BMW Championship, the third of four tournaments in the FedEx Cup playoffs.

“All I want to do is win,” said Day, who has won four of his last six tournaments, including his first major at last month’s PGA Championship. “Yesterday and today was the toughest rounds I have ever had to play in my life.”

Day began his final round with a six-shot lead over a star-studded pack that included Rory McIlroy, who Day toppled from the number one spot, and US Open and Masters winner Jordan Spieth — who was ranked second going into the event after trading the top spot with McIlroy.

Several players tried to make a charge at Day on Sunday but the Queensland native wasn’t going to wilt. He held them off by staying out of trouble and making sure he maintained his aggressive approach around the greens.

He added a few birdies for good measure, like the one on the par-four 16th when he drained a 15-foot putt, and then on his closing hole to reach 22-under 262.

Day said the 2015 Open Championship at St. Andrews in July was the spark he needed to get his mind focussed on winning consistently.

“Ever since the Open Championship something changed in my head and I felt like it was my time to start winning tournaments. Ever since then it has been a phenomenal run,” said Day who was struck down at the US Open in June by ongoing vertigo issues.

Day becomes the youngest Aussie to reach number one and the third in history behind Greg Norman and Adam Scott.

It was also Day’s fifth win of 2015 as he joins Tiger Woods and Vijay Singh as the only players in the last 20 years to win at least that many in a season.

“Tomorrow I am going to become the number one player in the world. It has been an amazing ride,” said Day, who now has a chance to pass Spieth for PGA Tour player of the year honours.

Day had back to back 69s on the weekend after following up an opening round 10-under 61 with a 63 on Friday.

He leads the point standings after winning two of four events in the FedEx Cup playoffs heading into the Tour Championship next week in Atlanta — where a $10 million bonus is on offer to the playoff series winner.

McIlroy had two birdies, two pars, an eagle and a bogey in his final six holes Sunday. He drew one of the biggest cheers of the day by draining a 25-foot birdie putt on 18 but it was also his last shot before giving way to Day as the world number one.