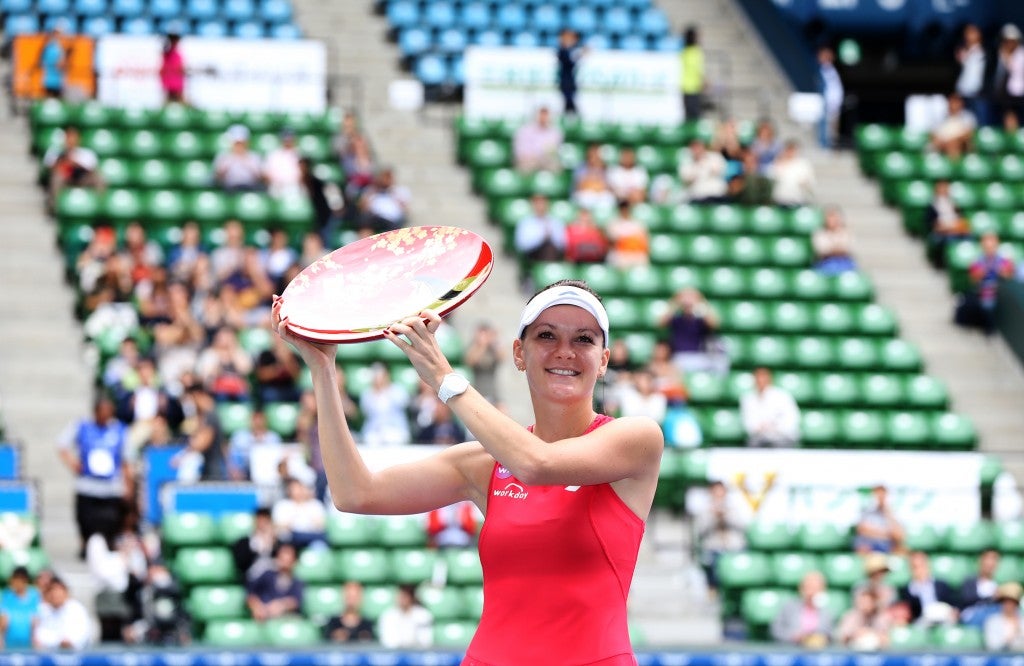 TOKYO — Agnieszka Radwanska fended off a challenge from teenage giant-killer Belinda Bencic Sunday to win the WTA Pan Pacific Open, a victory that will propel the Pole back into the world’s top 10.

The seventh-seed grabbed her first tournament victory of this year, and her 15th career title, with a dominant 6-2, 6-2 victory against the eighth-seed Swiss.

Radwanska, who will move up five places to eighth when the new rankings are released on Monday, said she hoped to use the rest of the season to secure her place among the  elite top eight who will compete in the season-ending WTA finals in Singapore.

“Belinda really pushed me to play 200 percent today,” she said.

Radwanska repeatedly nailed accurate serves to deep corners, mixing them with drop shots, lobs and passing shots to send Bencic running all over the court.

The 18-year-old rising star Bencic said the exertion of beating former world number one Caroline Wozniacki in the semi-final had taken its toll on her legs.

“She was better in every aspect of the game today,” Bencic said. “I tried to fight, but I was really tired.

“I still have a lot to learn to play like her. She is just so smart on the court. It was difficult to play against her,” Bencic said.

The young Swiss, who will also rise from her current ranking of 15, had also beaten former US Open champion Sam Stosur and current number eight Garbine Muguruza on her run to the final.

“For me this tournament was a very good step forward,” Bencic said. “I think it showed I really belonged to play against top players.”

Bencic now heads to the Wuhan Open in China where 18 of the world’s top 20 will compete beginning Monday, and still harbors ambition to break into the top eight and reach the tour finals.

“I think everyone’s goal is to go to Singapore,” she said.

“For sure, I am trying to get in there. I think I started pretty well taking a lot of points here in Tokyo.”