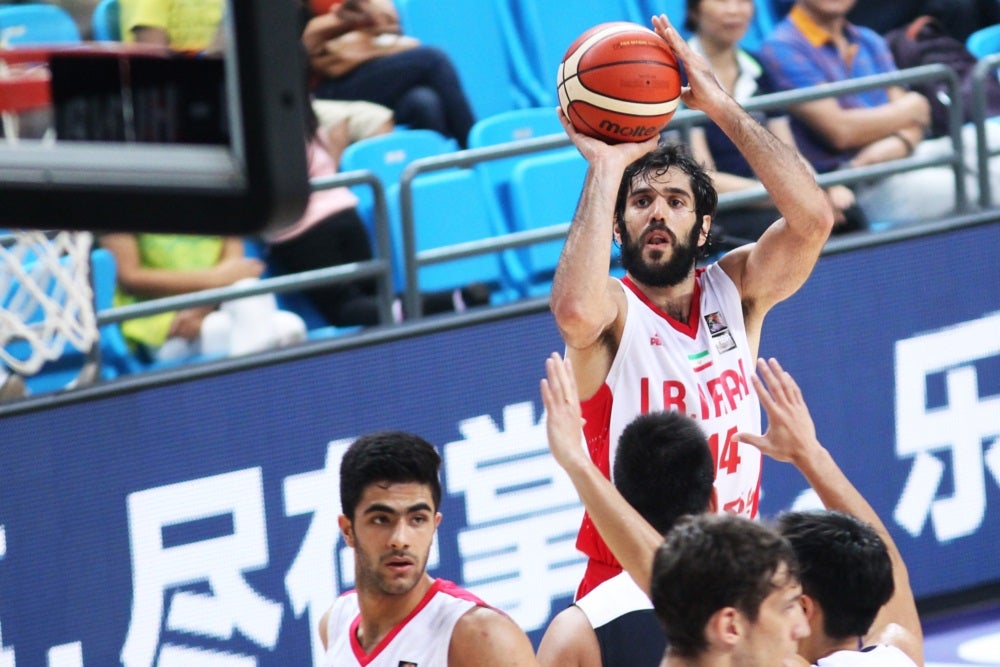 Palestine, the Group B topnotcher which upset Gilas Pilipinas in the inaugurals on Wednesday, wasn’t as fortunate though, after taking a 73-70 loss to tall India earlier.
Mohammad Jamshidi, another sleek forward groomed to take over Samad Nikha Bahrami’s spot in the future, scored 22 points in 22 minutes and the Iranians didn’t need to push their stars – Bahrami, Mahdi Kamrani and Hamed Haddadi – that much in rising to 3-0 overall.
No team has come close to the Iranians in this tournament. They won all of their three first round matches by an average of more than 45 points, including a 122-42 rout of Malaysia on Friday.
South Korea also flexed its muscles, breaking away from Lebanon in the second half for an 85-71 decision. The Koreans, who pushed hometown bet China to the limit before losing, 76-73 on Thursday, also rose to 2-1.
Amjyot Singh scattered 32 points and had 11 rebounds and outside gunner Vischesh Bhriguvanshi dropped 17 with Amritpal Singh shooting 14 for the Indians, who dealt Saki Sakakini and the Palestinians their first loss.
Palestine is now at 2-1, now tied with India.
Sakakini, Palestine’s lone professional player who is being surrounded by “basketball hobbyists,” couldn’t carry his team this time despite shooting 23 points and grabbing 12 rebounds.
Jamal Abu Shamala, the former University of Minnesota guard who torched the Filipinos with six triples in a 75-73 win last week, had five treys on the way to 21 points. He also plucked down nine rebounds.
ADVERTISEMENT
FEATURED STORIES
SPORTS
Dindin, Alyssa not rushing ‘comeback’ goals
SPORTS
Bossing hold fort in wild endgame to clip Fuel Masters and win first game since October last year
SPORTS
Jonathon Simmons says PBA style of play ‘a lot better than what I expected’