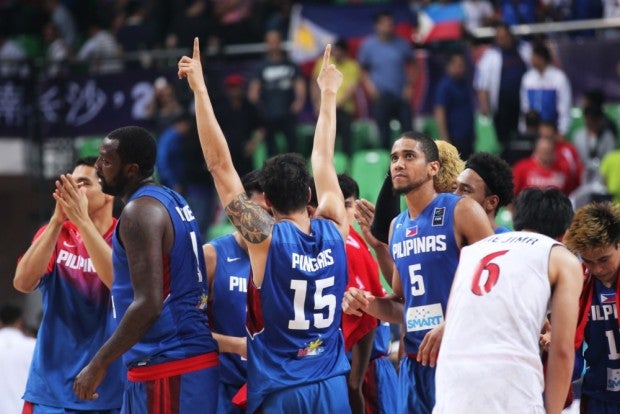 Malacanang on Saturday congratulated the Gilas Pilipinas after winning against Japan in the Fiba Asia 2015 on Friday night.

“Congratulations once again to Gilas Pilipinas for putting one over Japan at (and) to end up in the finals,” deputy presidential spokesperson Abigail Valte said over government-run dzRB radio.

Valte said the Philippines is confident that the Gilas would play with all their heart.

(Our team will carry the “HEART” for the Philippines. So good luck, Gilas. We all follow your victory. No matter what happens, we know wholeheartedly that they have raised the Philippine flag.)

The Palace official said that the Gilas Pilipinas rekindled the Filipinos’ interest and passion for basketball.

“Well, Filipinos love basketball, that’s not a secret. But I think Gilas has given us also a renewed interest and passion for the game of basketball,” she said.

The Gilas Pilipinas and China on Saturday night would clash for the gold medal and the outright qualification to the Rio Olympics in 2016. Nestor Corrales/RAM