NFL: Dallas to unleash bad-boy Hardy on Brady and Patriots 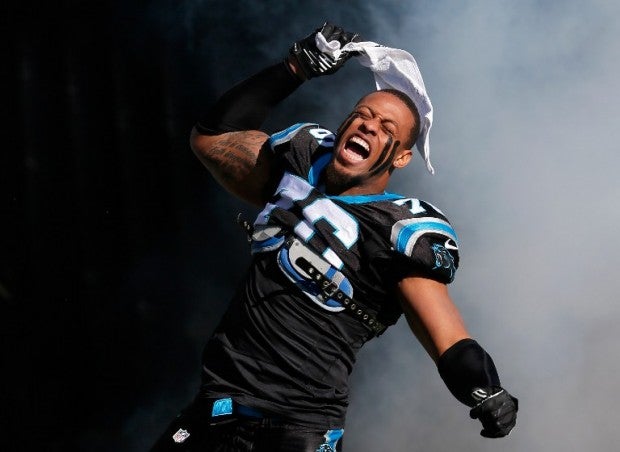 The Dallas Cowboys will unleash controversial new signing Greg Hardy against Tom Brady and the New England Patriots on Sunday as they attempt to stop their injury-ravaged season from sliding into negative territory.

The early optimism of the Cowboys’ 2-0 start has been punctured by a devastating array of injuries which have sidelined quarterback Tony Romo, star receiver Dez Bryant, key linebacker Sean Lee and running back Lance Dunbar.

The Cowboys have slipped to 2-2 since Romo’s absence, a record most pundits expect to become 2-3 after Brady and the free-scoring Patriots’ trip to Texas for week five’s glamour match-up.

In the circumstances, the availability of defensive end Hardy — banned for the first four games of the season for violating the NFL’s personal conduct policy — could not be more timely.

Yet several comments made by Hardy this week have underscored the sense of queasiness that accompanied his signing for Dallas in March, which came barely a month after he escaped prosecution for domestic violence charges.

In July last year a judge ruled he had assaulted his ex-girlfriend after hearing evidence that he had dragged her by the hair and thrown her onto a sofa covered with four semi-automatic weapons and three other guns.

However the case ended when Hardy opted for a jury trial and North Carolina prosecutors could not locate his alleged victim, who had reportedly been paid a settlement by the player.

Hardy appeared largely unrepentant when speaking to the reporters for the first time this week since he joined the Cowboys, shrugging off questions about domestic violence with a vague statement that “the best way to win a game is stick to the game plan.”

Another less than tactful remark alluding to his desire to come out “all guns blazing” also drew criticism, ultimately prompting head coach Jason Garrett to give Hardy a talking to.

“We want to distinguish ourselves with our play, not with what you say,” Garrett told the Fort Worth Star-Telegram. “(Hardy) understands that now.”

Brady, meanwhile, the driving force behind the Patriots and their unbeaten start to the season, responded to Hardy’s comments with measured indifference.

“No, I’m just getting ready to play,” Brady began when asked if the comments had bothered him. “I’m focused on my job. He’s a great player. It takes a lot of different things to handle a guy like that. He’s been a great player since he’s been in the league…I don’t really care about his personal feelings.”

Elsewhere Sunday, the Cincinnati Bengals’ unbeaten start to the season is likely to face a searching examination from NFC powerhouses the Seattle Seahawks, who have improved to 2-2 after losing their first two games of the season.

A win for the Seahawks would put them firmly back in the frame in the NFC West, with divisional rivals the St. Louis Rams (2-2) facing a daunting trip to Lambeau Field to face Aaron Rodgers and the unbeaten Green Bay Packers, who are 4-0.

The Denver Broncos meanwhile will be looking to tighten their grip on the AFC West when they face the Oakland Raiders (2-2) in California.

The Broncos are 4-0 despite misfiring offensively this season, but will put more daylight between themselves and their divisional rivals with a win in Oakland.