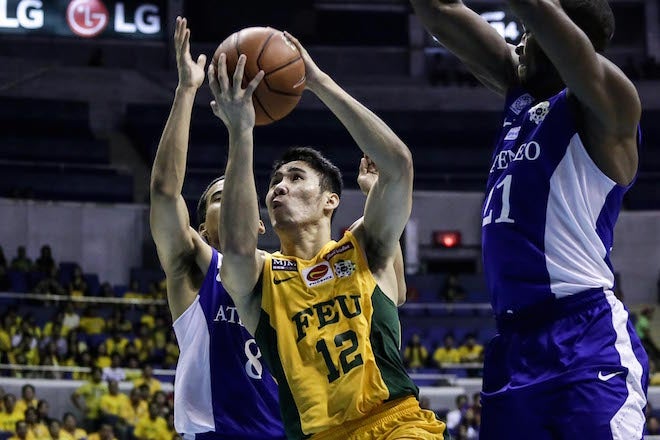 But Racela had to go with that defensive ploy and he was rewarded with Belo holding his own against one of the toughest covers in college basketball in Ravena.

“Towards the end, I think Roger (Pogoy) fouled Kiefer so I had to put Mac on him. It’s not part of the plan but I thought we needed it,” said Racela.

“I saw that with coach Juno (Sauler) when he put Jeron Teng on Kiefer. This time, si it’s Mac’s turn for us.”

He highlighted his stellar defensive performance with a crucial block on the reigning MVP that sealed the Tamaraws’ 66-61 victory.

“It’s part of Mac’s improvements. Before, he was used to defending bigger guys in the paint, but when he was with Gilas, he learned to defend perimeter players and he embraced that. That gave us confidence to put him against perimeter players,” Racela said.

Though he was effective in stopping Ravena, Belo downplayed his defensive efforts.

“Kiefer is really smart and he’s a great player so it’s hard defending him. We had to limit his touches but he’s still able to score,” Belo said in Filipino.

Ravena finished with 15 points on 5-of-15 shooting from the field.

“Coach told me that I really had to work on my defense and that’s what I’m improving on this season,” said Belo, who led FEU with 12 points.