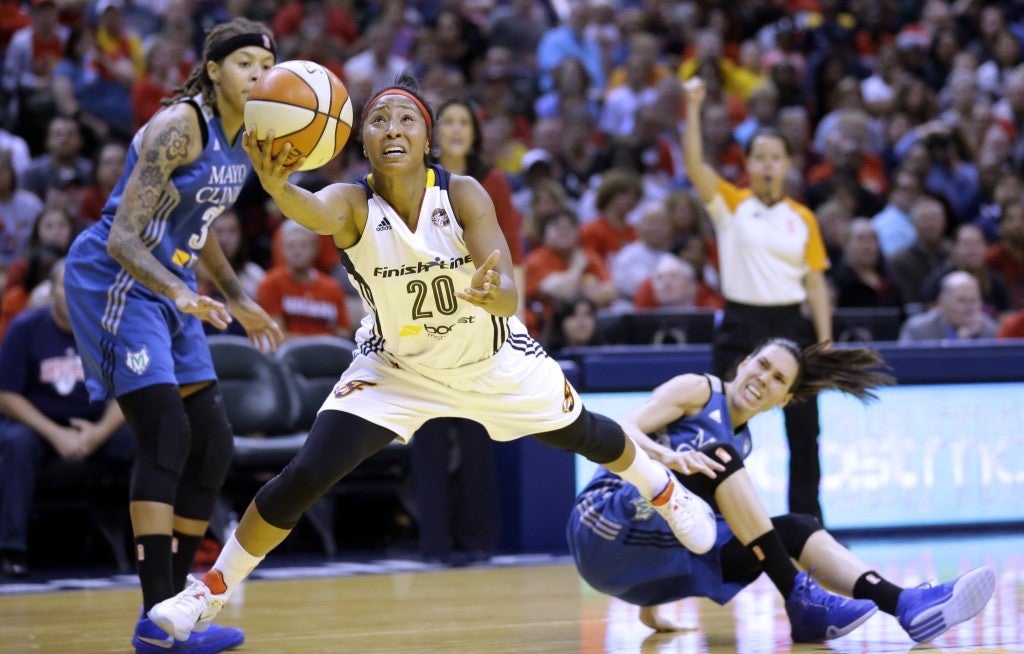 As they’ve done all playoffs, the Fever found a way to stave off elimination. Indiana is 5-0 in elimination games this postseason and 9-2 since the 2012 playoffs when it beat Minnesota for its lone title.

Game 5 is Wednesday (Thursday) in Minnesota.

Trailing 38-36 early in the third quarter, Indiana took control with a 13-2 run. Johnson scored the final four points of the burst.

Indiana led 51-44 before Coleman scored five straight, including a 3-pointer that gave the Fever the biggest lead of the series for either team at 58-44. That was the Fever’s only basket in a nine-minute stretch. Indiana had just one basket in the final quarter allowing Minnesota to rally within four behind Maya Moore, but the Lynx could get no closer.