CJ Isit rises at the right time for Mapua 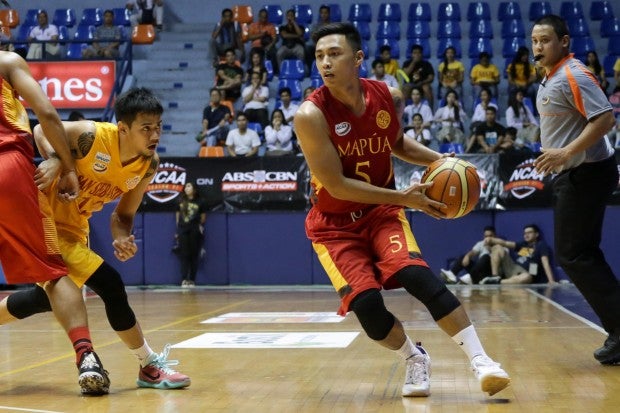 Mapua guard CJ Isit will be the first to tell people that it has been a tough season for him so far.

“It was really tough. This was probably the toughest season for me despite the winning season,” said.

From dislocating his right elbow, contracting sore eyes to losing his grandmother during the course of the season, Isit tried to stay the course and play the best he can every chance he gets.

And on Friday his hardwork finally paid off, going off for 27 points on a 12-of-19 shooting to carry Mapua to third place with an 81-76 victory over Jose Rizal University.

“I’ve been struggling all throughout the season, but I stuck with it and every time I took I shot, I had confidence,” said the 5-foot-8 guard. “It’s been tough, but also inspiring. I’m just trying to play the best that I can.”

And the prize is a Final Four berth, the Cardinals’ first since 2010.

It will be Isit’s first time to play in the final four and he intends to make most out if it.

“It’s been a long three years, so to finally be here (in the Final Four), it’s just unbelievable,” said the Toronto-born guard.

It’s going to be a tough challenge for Mapua, though, as it plays no. 2 Letran armed with a twice-to-beat advantage in the Final Four on Tuesday.

Isit is confident that the Cardinals can sustain their run up to the semifinals.