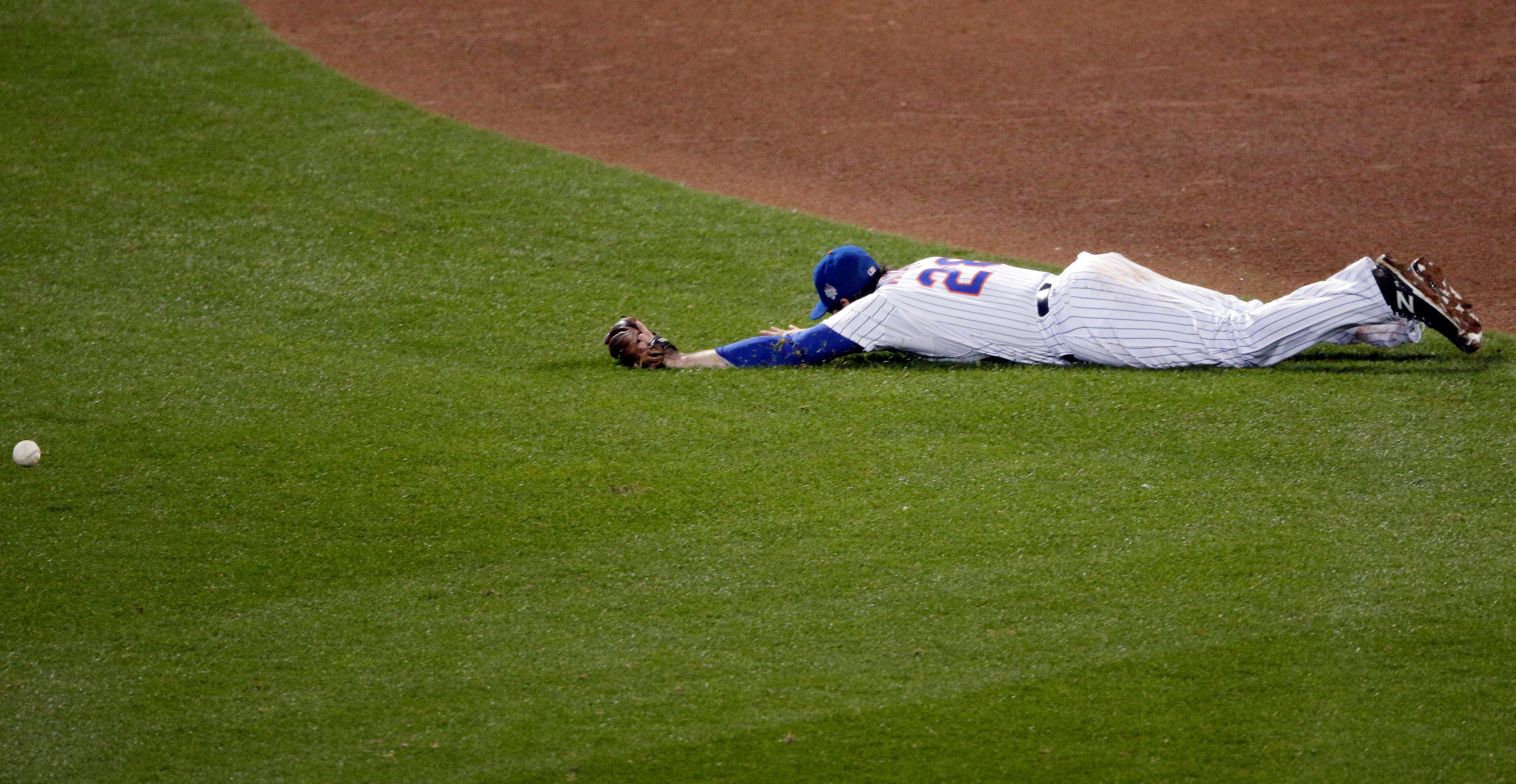 NEW YORK, New York—The Kansas City Royals pulled off another of their famous late rallies by scoring three runs in the eighth inning and beating the New York Mets 5-3 on Saturday to take a 3-1 lead in the World Series.

Trailing 3-2 with one out in the eighth, some patient at-bats drew two walks off New York reliever Tyler Clippard, and then an error by second baseman Daniel Murphy allowed the tying run.

The Royals tacked on two more runs in that inning against the normally reliable Mets closer Jeurys Familia and now they stand one win away from their first World Series title since 1985.

Kansas City ace Edinson Volquez, having rejoined the team following the death of his father, will be the starting pitcher in Game 5 on Sunday against New York’s No.1 Matt Harvey.

The resilient Royals posted their seventh postseason comeback win this October, and resisted a late Mets flurry when the home team got two runners on base with one out in the bottom of the ninth, only for Lucas Duda to hit into a double-play which ended it.

“What they did tonight, is what they’ve been doing the whole playoffs,” Royals manager Ned Yost said.

“It’s a group of guys that have the utmost confidence in themselves. I don’t think at any point these guys thought that they were going to lose tonight.”

It would have been natural to have a few doubts when New York rookie Michael Conforto homered twice as the Mets built their lead.

But as the calendar was an hour from flipping to a new month, Murphy’s charmed October—in which he broke the record for most consecutive games with homers—slipped away. His misplay on the ground ball, allowing the tying run and missing what would have been a vital out, will go down in Mets playoff folklore unless they can somehow turn the series around.

“We certainly talked about it before, they truly don’t ever stop,” Mets manager Terry Collins said of the Royals.

After Clippard’s walks put runners on first and second, Familia was called up from the bullpen with the Mets’ 3-2 lead looking very fragile.

Eric Hosmer’s slow chopper sneaked under the glove of the charging Murphy. Had he made the regulation out, it would have been two out with runners on second and third. Instead, the ball rolled and rolled toward right field, and Ben Zobrist raced home from second base.

“In postseason, you can’t give away outs. You’ve got to make outs. You can’t give good teams opportunities to score extra runs, because they can do it,” Collins said.

It was a scare fitting for Halloween night, and it got worse from there. Mike Moustakas and Salvador Perez followed with RBI singles to stun the Mets and the expectant home crowd which had been in full voice moments earlier when their team seemed destined to square the series.

New York had gone ahead with the first swing of the third inning as Conforto sent a pitch from former Met Chris Young deep into the second deck in right field for only his third hit in 23 at-bats this postseason.

The Mets doubled that advantage in bizarre circumstances.

Wilmer Flores singled, advanced to second on a pitch in the dirt and went to third on a sacrifice. Curtis Granderson hit a fly ball to shallow right field where Alex Rios mad the regulation catch. But thinking it was the third out rather than the second, he began to trot toward the dugout before realizing that Flores was running for home plate. Rios’ throw was late and the Mets led 2-0.

The Royals challenged the run, saying Flores left third before the catch was taken, but the run stood after a replay review.

Kansas City got a run back in the top of the fifth when Alex Gordon singled home Sal Perez.

Conforto pushed the lead back to two runs in the bottom half with his second long ball, a drive off Danny Duffy into the Mets’ bullpen.

In a curious move, Collins allowed Matz, making his first World Series start, to bat in the fifth and come out for the sixth after struggling his previous inning.

Zobrist opened the inning with his record-tying eighth postseason double and scored on Lorenzo Cain’s single.

Jonathon Niese got two outs as Cain advanced to third. Bartolo Colon then struck out Perez with a wicked slider to end a 10-pitch at-bat and keep the Mets ahead.