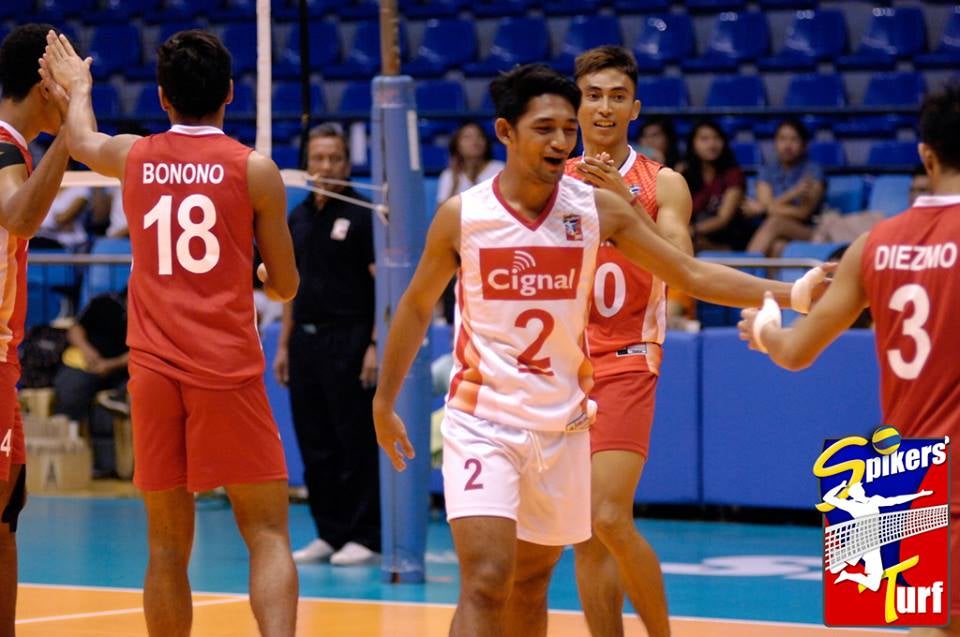 A reception blunder off a service attempt sealed the HD Spikers’ fourth win against one loss.

Clamor said the team had a collective desire to bounce back after it lost its only game against Air Force on Oct. 17.

“Before the eliminations end we knew we had to bounce back after our loss,” said Clamor as his HD Spikers fanned its streak to three games.

“In this league you have to be sure of your standing, you have to lock that twice-to-beat advantage.”

Aaron Calderon was inserted into the game in the fourth set and put Cignal on match point, 24-17, with a backrow kill.

Clamor added that even without a complete coaching staff, the players’ chemistry was too big of an asset for them to lose confidence.

“Their chemistry is not just okay, it’s really okay because most of the players have been playing together for two years already,” Clamor said.