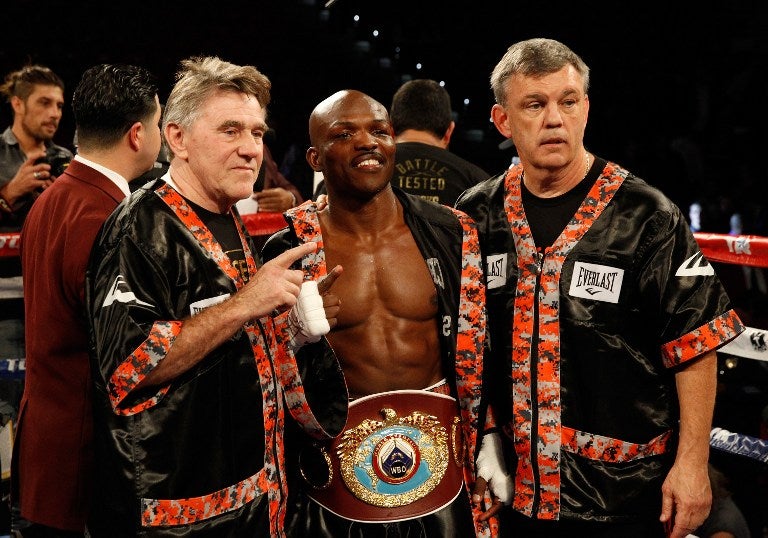 Timothy Bradley battered Brandon Rios en route to a ninth-round technical knockout on Saturday (US time) in a lopsided welterweight bout that had a dejected Rios announcing his retirement.

Bradley retained his World Boxing Organization world title, improving to 33-1-1 with 13 wins inside the distance with the triumph at the Thomas & Mack Center in Las Vegas.

Fighting for the first time under the guidance of trainer Teddy Atlas, Bradley was quick and aggressive against a challenger who struggled to make the 147-pound weight limit.

Bradley, 32, was fast off the mark, landing a series of combinations in a big first round.

Rios, a former World Boxing Association lightweight champion, absorbed a big right in the second, but responded in a battling exchange.

He was doing good work in the third before a body shot from Bradley clearly rattled him.

“I hurt him early to the body,” Bradley said. “I kind of wanted to get him not thinking about it for awhile, and then I went back downstairs.”

Bradley sent Rios to the canvas with a left to the body in the ninth. Rios beat the count, only for Bradley to unleash a barrage that had him down again and referee Tony Weeks calling a halt at 2:49 of the round.

“That’s the best Bradley I’ve ever seen,” promoter Bob Arum said of the fighter who has been mentioned as a possible foe for Manny Pacquiao next year in what will likely be the Philippine legend’s last fight.

The two fought twice in 2012, when Bradley took a controversial split decision before losing the rematch by unanimous decision.

Meanwhile, Ukrainian Vasyl Lomachenko knocked out Romulo Koasicha in the 10th round to retain his WBO featherweight world title.

Lomachenko dominated throughout, punishing the Mexican with an array of punches before landing a string of body blows that brought Koasicha (25-5) down for the count at 2:35 of the 10th.

“I was just having fun in there,” said Lomachenko, an Olympic gold medallist in 2008 and 2012 who lost only once in a fabled 500-fight amateur career and captured his world title in just his third pro bout. “If I really wanted to knock him out I would have done it earlier.”

The 27-year-old Lomachenko improved to 5-1 with three knockouts and could be in line for a fight with Guillermo Rigondeaux in a clash of former amateur titans.