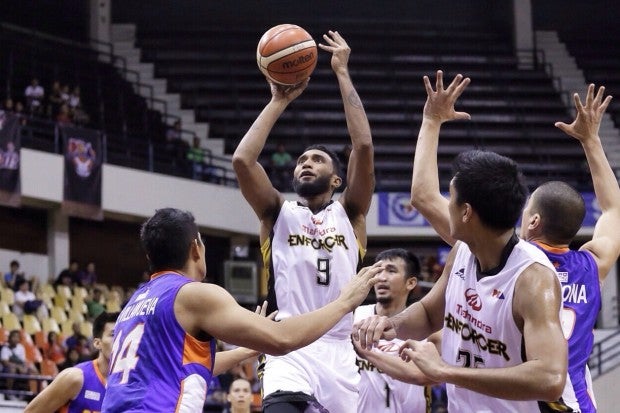 Aldrech Ramos and Nino Canaleta exacted revenge on their old squad as they powered Mahindra to a 103-93 stunner over NLEX in the 2015 Smart Bro PBA Philippine Cup Friday at Philsports Arena.

The two forwards, who were acquired by the Enforcers in the offseason in the blockbuster trade bannered by second overall pick Troy Rosario, showed the Road Warriors what they missed as they paced Mahindra to its breakthrough win in the conference.

“We played with a sense of urgency. I told them to not get frustrated and just keep believing,” said coach Chito Victolero.

Ramos finished with 14 points and six rebounds, while Canaleta also got 14 markers and five boards.

“I think there’s motivational factor there since they came from that team, but they are veterans already. They know what to do and they need to play a normal game and step up on our offense,” said Victolero of the former NLEX stalwarts.

Kyle Pascual also came up big with 14 points, while LA Revilla got 13.

A huge first quarter burst allowed Mahindra to take a 26-16 lead and the Enforcers went on cruise control from their as they led as high as 21.

Asi Taulava spearheaded the Road Warriors with 31 points, 15 of which came in the failed fourth quarter fightback, alongside nine rebounds, but it was for naught as NLEX lost its second straight outing after a 2-0 start.