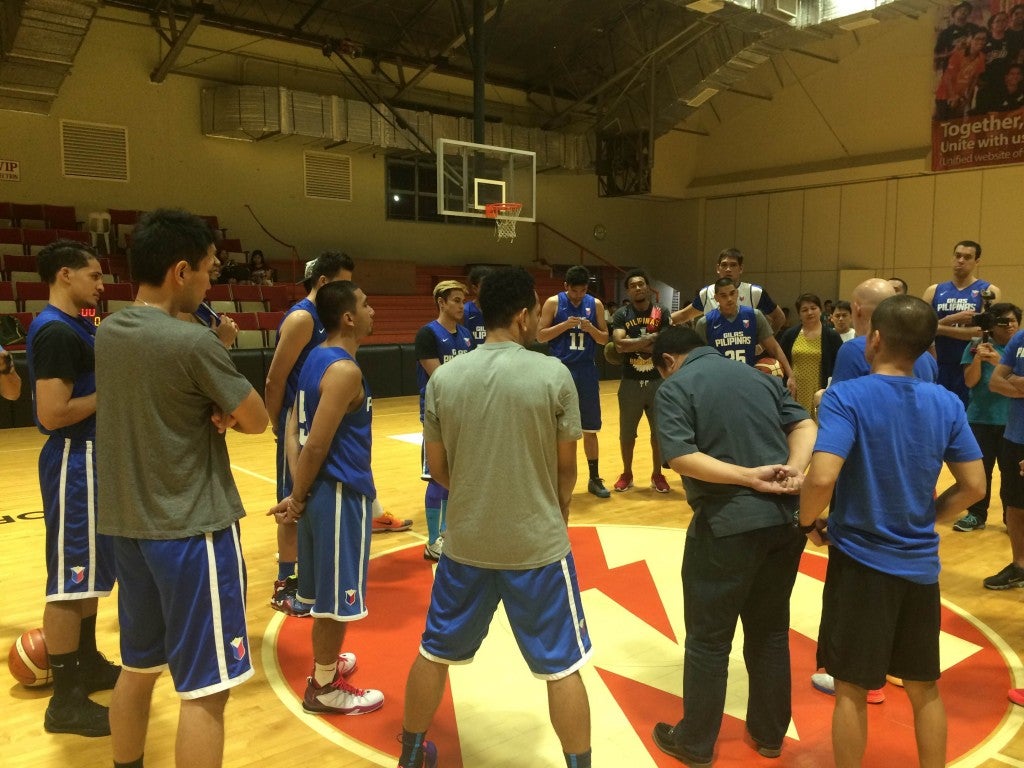 The national team pool will resume its practice next week. Mark Giongco/INQUIRER.net

The scheduled third practice of Gilas Pilipinas pool was postponed after national team head coach Tab Baldwin had to leave for the US due to a “family emergency,” according to team manager Butch Antonio.

Antonio also said training will resume next week.
The 17-man pool, in which the latest batch of Gilas willl be formed to compete in the Olympic qualifiers slated in June next year, was supposed to meet for the third straight Monday and continue its once-a-week practice.
Last week, the team pushed through with only nine players in uniform, including Mo Tautuaa, who was called up by Baldwin to help out.
The Philippines aims to make the Rio Olympics via the wild card phase after failing to secure an outright berth following a loss to China in the gold medal match of the 2015 Fiba Asia last October.
ADVERTISEMENT
FEATURED STORIES
SPORTS
Guinness refreshes Paeng’s record as world’s winningest tenpin bowler
SPORTS
Diego Maradona, 60: Argentine soccer genius saw heaven and hell
SPORTS
Gilas tackles Thailand in Fiba Bahrain qualifiers
Read Next
Surging Aces face Hotshots
EDITORS' PICK
Duterte names Arroyo adviser for Clark projects
French shipbuilder to open Manila office in bid to supply submarines to PH Navy
Win a Ford EcoSport, Php10,000 worth of items with vivo Christmas promo
SMDC Wins Big at the 8th PropertyGuru Awards
Guinness refreshes Paeng’s record as world’s winningest tenpin bowler
Reward yourself with a vivo smartphone perfect for your lifestyle this Christmas
MOST READ
UP Manila graduate tops November 2020 Physician Licensure Exam
Duterte names ex-president Macapagal-Arroyo adviser for Clark
‘I have tears!’ Gordon emotional as he opposed freeport zones in CREATE bill
Duterte names Davao del Norte poll supervisor as Comelec commissioner
Don't miss out on the latest news and information.