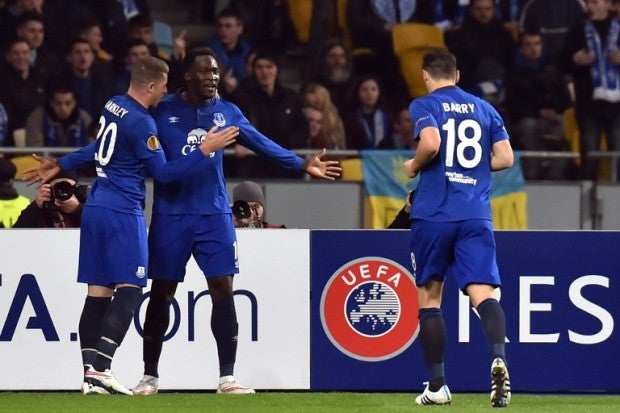 LIVERPOOL, England — Romelu Lukaku scored his 50th goal for Everton in his 100th appearance to give the team a 1-1 draw against Crystal Palace on Monday in the Premier League.

Lukaku hit the woodwork twice before Gerard Deulofeu found him with a low cross in the 81st minute and the Belgium striker had a simple tap-in from close range for his seventh goal in six matches.

In an entertaining second half, Scott Dann headed Crystal Palace into the lead in the 76th minute after poor marking by Everton from a corner.

Lukaku nearly leveled immediately but thumped a shot against the crossbar, having struck the post with a low effort in the first half.

Palace is sixth on 23 points from 15 games, with Everton a point back in ninth place.