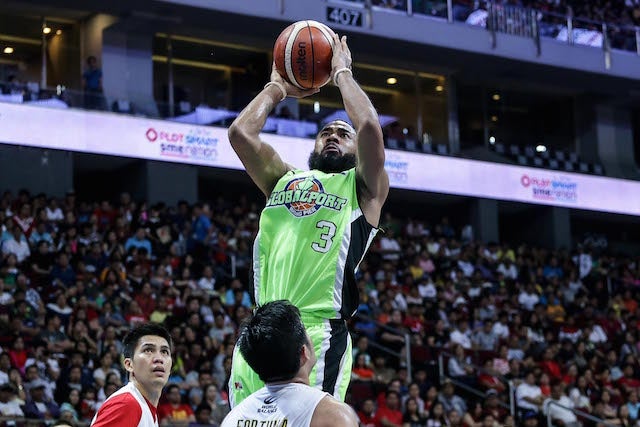 It was indeed a merry Christmas for GlobalPort as it sent Barako Bull home, 94-85, Friday at Mall of Asia Arena to advance to the second phase of the quarterfinals.

Terrence Romeo provided the Christmas glitter as he put up 33 points, 28 coming in the second half, to lead the Batang Pier. Romeo also collected nine rebounds and five rebounds.

GlobalPort, which was down seven 48-41 in the first half, went on a rabid 16-1 run to capture the momentum from the hands of the Energy and establish a 57-49 lead in the third quarter.

Batang Pier head coach Pido Jarencio said it was his players’ will to win that allowed the team to shrug off a poor first half.

“We were following their game and we were not able to execute our own style,” said Jarencio, whose squad will face the winner between Ginebra and Star in the second phase of the quarterfinals. “That’s not Globalport.”

“We’re an up-tempo team, good thing we were able to recover and adjust. The team was really focused and they really want to get into the semifinals.”

Barako Bull opened the game with a 9-2 buffer after Josh Urbiztondo and Mick Pennisi teamed up for a trio of three-pointers and it was all Energy in the first two quarters until the Batang Pier got it going in the second half.

Stanley Pringle added a double-double with 15 points and 13 rebounds that went with four assists.

Willie Wilson paced the Energy, who were without one of their key cogs in RR Garcia due to a shoulder injury with 15 points and 15 boards while Urbiztondo and Emman Monfort added 12 points. JC Intal pitched in 11 points.