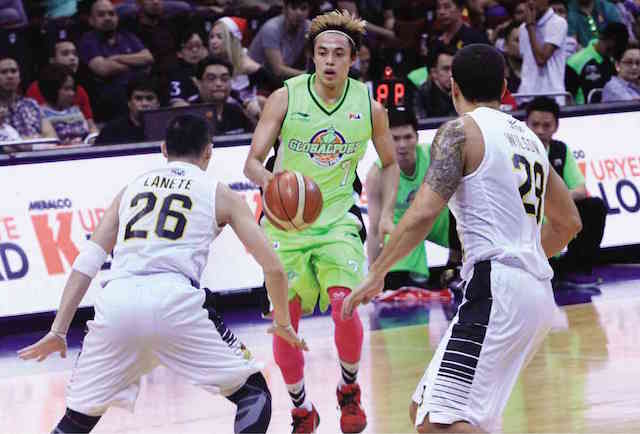 With GlobalPort playing with such a low level of intensity in the first half, coach Pido Jarencio knew just the guy to call to pick it up for the Batang Pier.

Terrence Romeo scored 14 points in each of the last two quarters Friday night and led the Batang Pier to their first playoff series win, a 94-85 nipping of Barako Bull that put GlobalPort in the second phase of the Smart Bro-PBA Philippine Cup quarterfinals at Mall of Asia Arena.

In front of what could be the biggest crowd of the young season, Romeo put on a dazzling scoring display and almost single-handedly carried the Batang Pier in advancing to a second KO match against the winner of the Barangay Ginebra-Star series.

The Gin Kings need to win just once over the Hotshots to advance, the first game still going on at press time.

“They really stepped up in the second half, especially Terrence (Romeo),” Jarencio said. “They (Batang Pier) really want to make the semifinals, and I think this team is ready.”

GlobalPort stared at a seven-point deficit at the half, and Jarencio spent all of the time in the locker room huddle prodding his Batang Pier to step it up.

The 5-foot-11 gunslinger scored half of the Batang Pier’s third quarter production and gamely put the Energy away in the fourth.

“We struggled in the first half because our energy level was low,” Jarencio, who is mourning the death of former NCC coach Ron Jacobs who he played for in the national team, said.

Stanley Pringle finished with just 15 points but plucked down 14 rebounds and had four assists. Romeo finished with impressive all around numbers, too, grabbing nine boards and issuing five feeds.

Barako Bull thus went on an early break with the loss, missing the prolific RR Garcia—Romeo’s backcourt buddy at Far Eastern in the UAAP—for the fourth straight game because of a dislocated right shoulder.