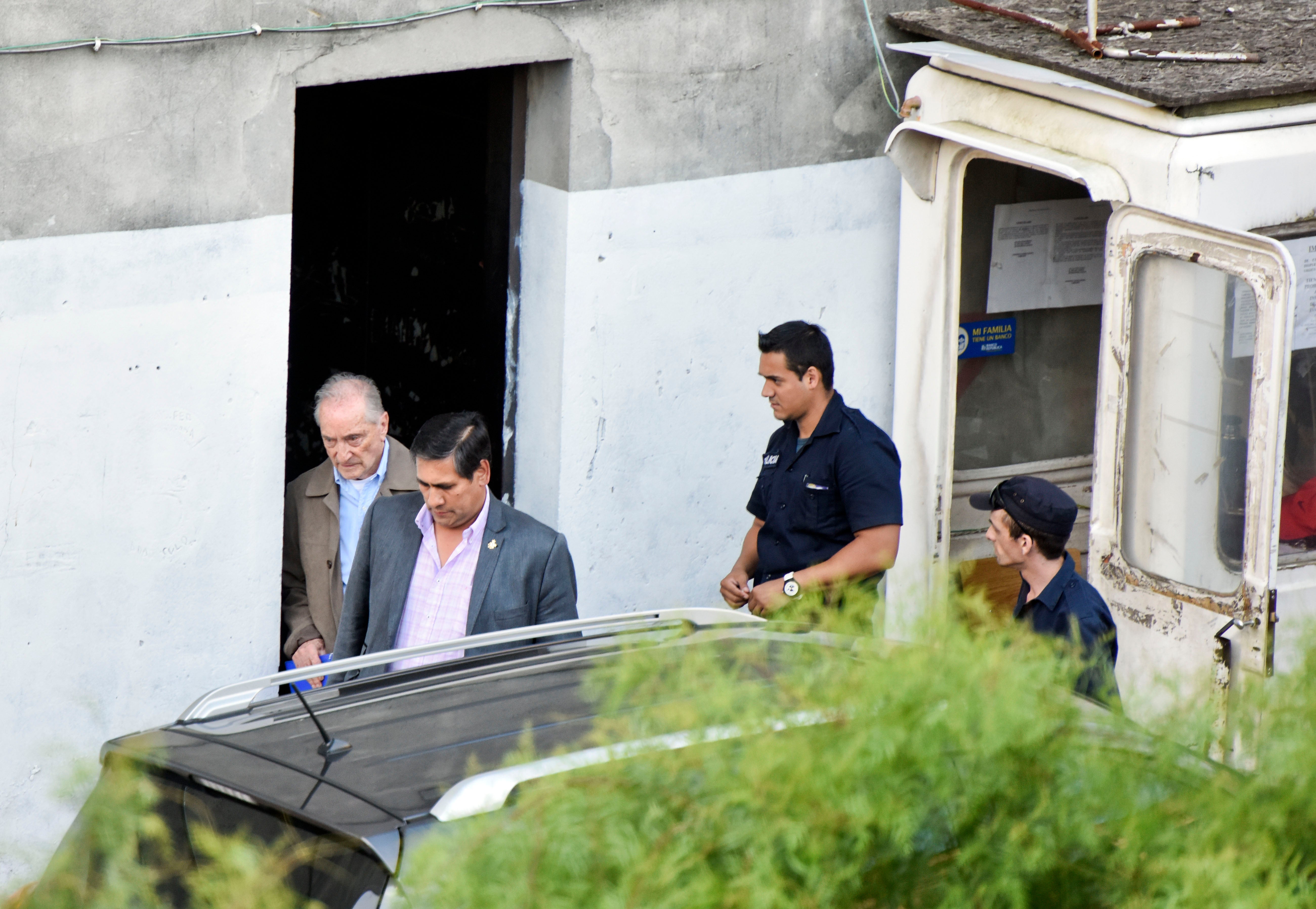 Former FIFA Vice President Eugenio Figueredo of Uruguay, left, leaves the courthouse via a back door, after he was extradited from Switzerland to face fraud and money laundering charges in Montevideo, Uruguay, Thursday, Dec. 24, 2015. AP

MONTEVIDEO, Uruguay—A former top Fifa official caught up in a U.S. probe of corruption in soccer has pleaded guilty to fraud and money laundering charges in his native Uruguay.

Figueredo is a former president of the South American soccer confederation, CONMEBOL, and a former FIFA vice president.

A judge ordered Figueredo held in custody ahead of sentencing while the probe proceeds. Figueredo’s lawyer says he will appeal for house arrest.

The 83-year-old is one of several top soccer officials charged by the U.S. Justice Department with accepting bribes in exchange for commercial rights to tournaments, including the Copa America. U.S. prosecutors have also requested Figueredo’s extradition.