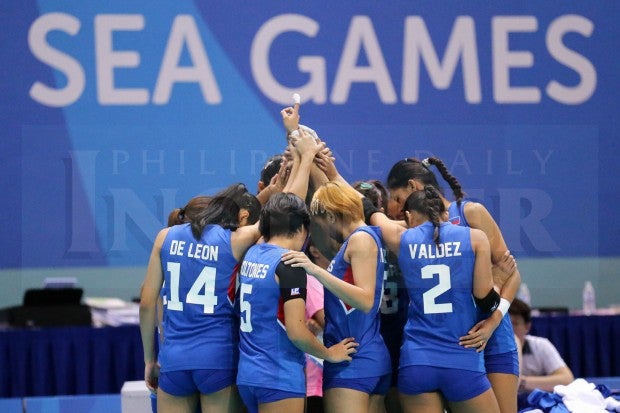 The Asian Volleyball Confederation has called upon the Philippines to host the 2017 Asian Women’s Senior Volleyball Championship.

Larong Volleyball ng Pilipinas Inc. president Joey Romasanta said bringing the prestigious continental meet to Manila would further boost the popularity of the sport in the country and raise the bar of competition among local players.

“We’ve been out of the international volleyball scene for a long time. The Asian Seniors can inspire our players since it features the best teams in the continent,” said Romasanta, a member of the 21-man AVC Board of Administration.

According to Romasanta, the hosting of the tournament would need the approval of the LVPI board before setting the preparation in motion.

The 1st vice president of the Philippine Olympic Committee also pointed out that the commitment of corporate sponsors for the meet is a prime concern.

“It’s not easy to host an international tournament such as the Asian Seniors,’’ said Romasanta. “We have to get the commitment of the sponsors first before we could begin organizing the event.’’

For the first time in a decade, the country’s men’s and women’s squads participated again in the 2015 Southeast Asian Games held in Singapore.

The city of Tianjin in China last hosted the 18th edition of the Asian Seniors in the middle of this year.

Aside from the host country, powerhouse Iran, Fiji, Thailand, Kazakhstan and Australia showed up in the meet along with India, Chinese Taipei, Hong Kong, Sri Lanka, Japan, Vietnam, Mongolia, Turkmenistan and South Korea.