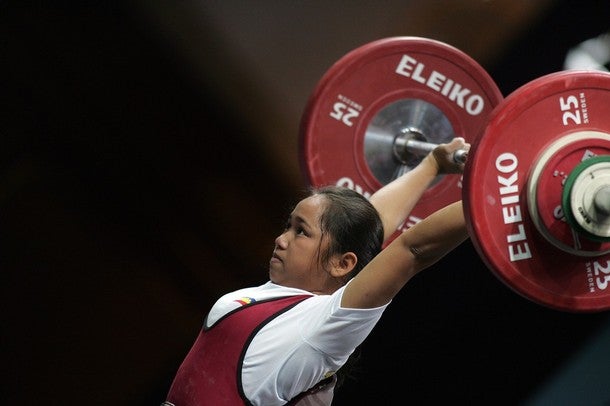 Hurdler Eric Cray will no longer embark on a lonely trip to the 2016 Olympics in Rio De Janeiro.

Diaz will be on her third consecutive Olympics after earning a wildcard berth in 2008 Beijing and qualifying through rankings in 2012 London.

“It’s a welcome development. We’re proud to have Hidilyn competing in the Olympics for the third straight time,’’ said Garcia.

According to Atilano, Diaz clinched the Olympic berth after scooping three bronze medals in the International Weightlifting Federation World Championship in Houston.

She lifted 96 kilograms in the snatch, 117 in the clean and jerk for a 213 total in the women’s 53-kg division, good for third place in the three events behind champion Hsu Shu-ching of Chinese Taipei and silver medalist Chen Xiaoting of China.

“Officials from the IWF have already informed me that Hidilyn will go to the Olympics. They will make the formal announcement after the Asian championship in April,’’ said Atilano.

Next year’s Asian championship will be held in Tashkent, Uzbekistan, where male lifter Nestor Colonia is bidding to secure a slot to Rio.

Atilano said Diaz would not be going to the Asian championships anymore, the last Olympic qualifier for the sport, while Colonia is hard pressed to win medals in Uzbekistan to join Diaz and Cray.

The Filipino-American Cray qualified to Rio de Janeiro after meeting the Olympic standard in the men’s 400m hurdles in a Cayman Island race sanctioned by the International Association of Athletics Federations early this year.

Colonia, who also grew up in Zamboanga City, placed third in the clean and jerk with 158 during the worlds but finished fourth in the snatch (124) and total with 282 in the men’s 56-kg category.