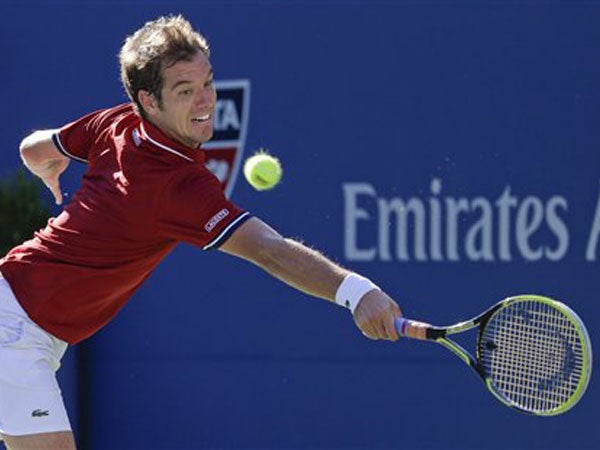 MELBOURNE, Australia — World No. 9 Richard Gasquet has withdrawn from the Australian Open because of a back injury.

France’s Gasquet is the third withdrawal from the Grand Slam tournament which starts on Jan. 18 at Melbourne Park, after Juan Monaco and Thanasi Kokkinakis. Britain’s Kyle Edmund will take his place in the main draw.

Gasquet aggravated the injury while playing in exhibitions this month, and he has also withdrawn from the Qatar Open, due to start on Monday.

He is a previous Wimbledon semifinalist and U.S. Open quarterfinalist, and his best Australian Open result was the fourth round, four times.