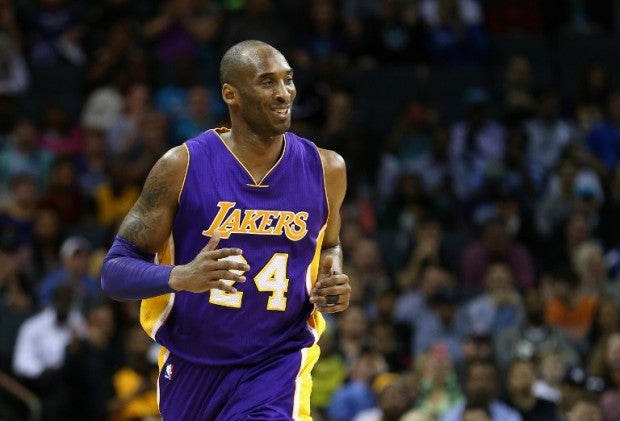 FILE—Kobe Bryant #24 of the Los Angeles Lakers reacts as he runs up the court during their game against the Charlotte Hornets at Time Warner Cable Arena on December 28, 2015 in Charlotte, North Carolina. Streeter Lecka/Getty Images/AFP

There’s no doubting who came out the winner in the trade that sent Charlotte’s no. 13 1996 NBA draft pick, a high school stud named Kobe Bryant, to the Los Angeles Lakers in exchange for center Vlade Divac.

The Charlotte franchise may be regretting that move now, but Bryant believes there had been no place for him in that team.

Back in July 2014, Bryant also “thanked” the Hornets for trading him to the Lakers, where he went on to be a multi-titled superstar.

“On this day 18yrs ago the hornets told me right after they drafted me that they had no use for me and were going to trade me #thanku #lakers,” the tweet read.

It was no less than then-Charlotte head coach Dave Cowens who singled out the prep-to-pro sensation, Bryant recalled.

“Cowens told me he didn’t want me. It wasn’t a question of me even playing here,” he said. “They had a couple of guards already, a couple small forwards already. So it wasn’t like I would be off the bench much.”

However, some reports claim that it was Bryant’s agent, Arn Tellem, and then-Lakers general manager Jerry West who orchestrated the move and exhausted all means just to land the budding shooting guard to LA.

And as they say, the rest is history.

Observers believe that Bryant, with the way he has played in his 20-year career, can prosper in Charlotte behind guards Dell Curry and Donald Royal back in the day.

But when all’s been said and done, Bryant admitted that the move turned him to the lethal competitor he is today.

“I knew who Dave Cowens was and (was) pretty excited (to play for him). Then I was like, ‘Oh, all right.’ I quickly transitioned from smiley kid to killer instinct,” he said.