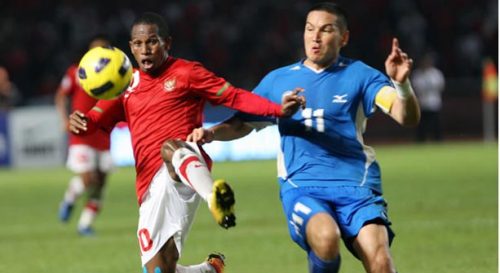 The 28-year-old central defender, who picked up the injury in the first half of the game when Kaya was trailing, 1-2, could be out for at least six months.

Aside from missing the remainder of the UFL Cup, Borromeo will also miss the build-up for the AFC Challenge Cup and could skip the tournament altogether in March next year.

“I’ll be back stronger than ever,” Borromeo told the Inquirer shortly after learning about his injury.

Borromeo also tore his ACL in the AFF Championships in January 2007 in Thailand, but came back to produce a string of solid performances in the 2008 AFC Challenge Cup in Iloilo and the 2008 AFF Qualifiers in Cambodia.

Azkals manager Dan Palami remained hopeful that Borromeo could recover in time for the Challenge Cup, where the Azkals will dispute the crown and the 2015 AFC Cup slot that goes with it against Nepal, Maldives, Turkmenistan, North Korea, India, Tajikistan and Palestine.

“Aly plays an important role in the team and we hope to have him back as soon as he can,” said Palami.