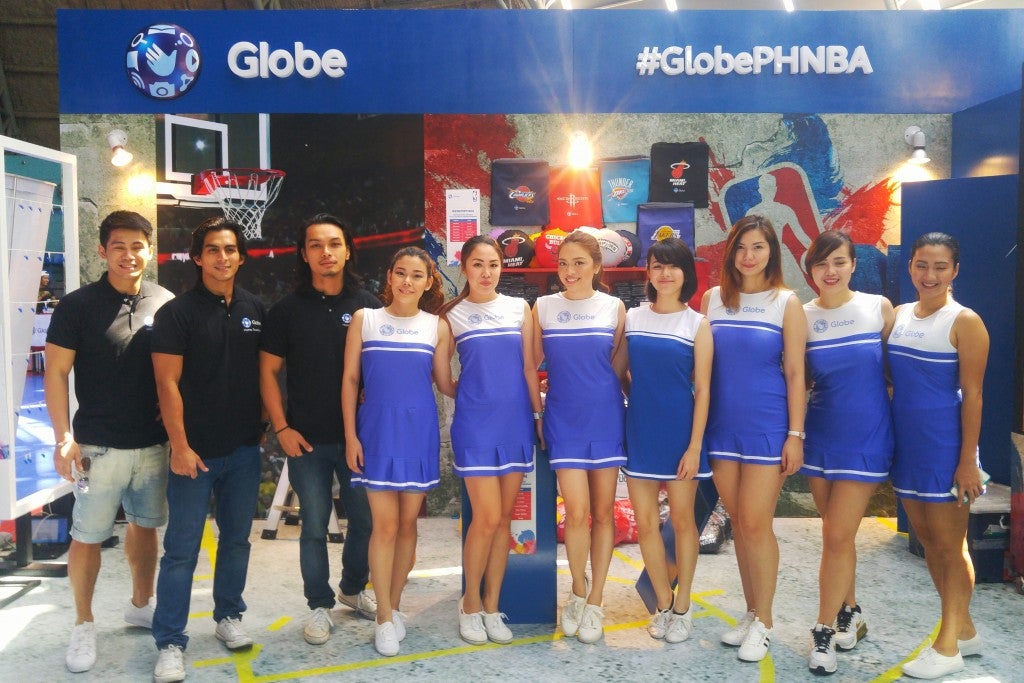 Over the course of two days, the Skydome was ground zero for all things basketball. Organized by Globe Telecom with partners NBA Store, NBA Café, NBA2KOnline, Stance Socks and more, the event drew in a large number of basketball fans who wanted to join in on the fun. The Skydome was set up with a basketball half-court, which served as the proving ground for amateur players both young and old. Tourneys for 2-ball, three-point sniping, free-throw shooting, and skills mastery were held for those who signed up. Fans also joined in off-court hijinks in five Globe basketball activity areas around the court. Those who completed the stamps on their Globe passport won some sweet NBA swag from the Globe booth. Highlighting the event was the mini basketball clinic put together by Globe and the LA Tenorio Basketball Academy. Selected kids were given the unique opportunity to train, even if just for a day, under PBA star and Ginebra San Miguel player LA Tenorio. “This clinic is a very big thing for me,” said Tenorio. “I really want to share my passion and my God-given talent. I see kids get really excited when they hear that I’m here or when they see me, so I really get motivated to share my talent, my skills and my knowledge with them.” With fellow coaches from the Academy, Tenorio put the kids through drill after drill to give them a taste of what it takes to be a great basketball player. Tenorio started the Academy almost two years ago in order to train kids from ages 8 to 18 the same way a varsity player would train. “This isn’t a normal basketball clinic. We do really intense training, no babying, and we teach all the details and techniques that will make you a smart player,” Tenorio says. “But what’s really important is the discipline you learn from the training. Kids have to experience that in order for them to carry it with them through life.”

Sage advice to the Filipinos who love the game.