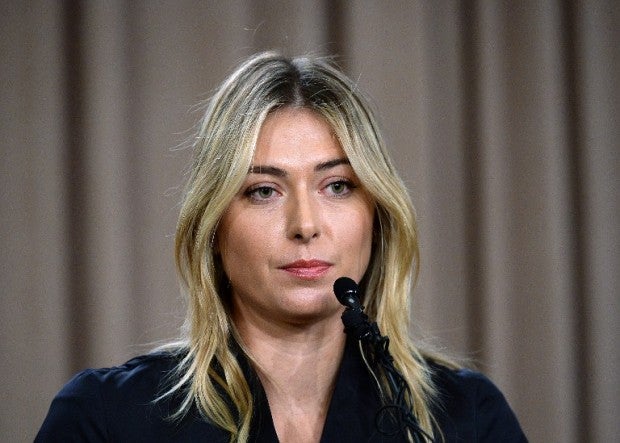 LOS ANGELES, CA – MARCH 7: Tennis player Maria Sharapova addresses the media regarding a failed drug test at the Australian Open at The LA Hotel Downtown on March 7, 2016 in Los Angeles, California. Sharapova, a five-time major champion, is currently the 7th ranked player on the WTA tour. Sharapova, withdrew from this weekÂs BNP Paribas Open at Indian Wells due to injury. Kevork Djansezian/Getty Images/AFP

US sportswear maker Nike said Monday it was halting its relationship with Maria Sharapova, after the tennis star announced she had tested positive for a banned substance.

“We are saddened and surprised by the news about Maria Sharapova,” Nike said in a statement. “We have decided to suspend our relationship with Maria while the investigation continues.”