Impressive Charlo falls in love with PH: ‘I don’t want to leave’ 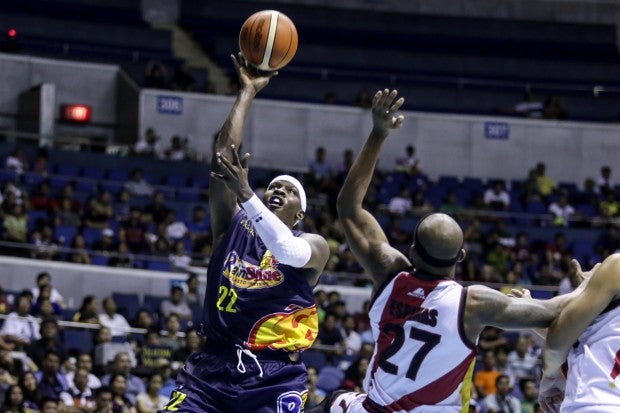 Rain or Shine may have just stumbled upon a gem.

Desperate for a third import this conference, coach Yeng Guiao took a chance on undersized reinforcement Mo Charlo and could have just landed a steal of a reinforcement.

Though not as tall as first choices Wayne Chism and Antoine Wright, the 6-foot-4 forward delivered the goods for the Elasto Painters, stepping up with 35 points, 13 rebounds, and three assists in his PBA debut to help his squad nail a 108-105 thriller over San Miguel.

“I just wanted to have a great showing and show my team what I can do,” said the 32-year-old on Friday. “It was a great win.”

Charlo has impressed so much in his short time in the country that Guiao is already considering him to stay up until the Governors’ Cup.

“He’s a great option for us for the third conference,” said Guiao.

And that is just music to the ears of the former Nevada Wolfpack.

“I don’t want to leave,” said Charlo. “It’s a great country, all the fans are great, and I love it here so far. Hopefully, I could end my career here and stay here for many years to come.”

But the target remains the same: the 2016 Oppo PBA Commissioner’s Cup title, and Charlo is doing his part in blending in with the deep Rain or Shine squad.

“We play together, everybody trusts everybody, and they believe in me,” he said. “They’ve given me a lot of confidence just to play my game and shoot the open shot. And that just gives everybody confidence. Everybody shares the ball, and hopefully, I can make a great impression.”