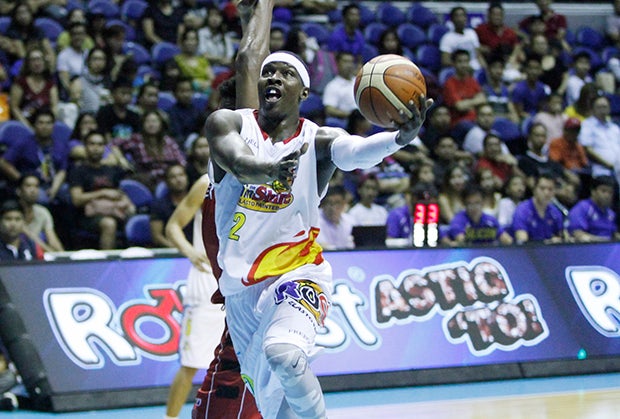 “It’s not really a pretty game for us. It’s a good thing that Jeff Chan and JR Quinahan stepped up,” said coach Yeng Guiao.

“It wasn’t the way we wanted to play this game, but it’s still a win and it gives us momentum. We will take it any way we can take it.”

The bench carried the bulk of the load for Rain or Shine, with Quinahan leading the crew with 19 points and five rebounds. Chan finished with 18 markers on a 3-of-5 shooting from threes alongside five boards while Jericho Cruz had 18 points.

The Elasto Painters battled back from six-points down in the last four minutes, with Cruz and Chan hitting crucial buckets to take a 102-97 lead in the final 35.6 seconds.

Mo Charlo also provided the goods for the E-Painters with a near-triple-double performance of 16 markers, eight rebounds, and eight assists, as his squad improved to 4-3.

Guiao was ejected late in the second quarter after being whistled with two technical fouls after he contested the offensive foul called on Maverick Ahanmisi. He had to watch the rest of the second half from the dugout.

Augustus Gilchrist paced Mahindra with 28 points and 11 rebounds, but that wasn’t enough to stop the Enforcers from sliding down for the third straight game.