The top 24 high school players in the country took the stage anew in the third annual Slam Rising Stars Classic on Sunday night at Gatorade Hoops Center in Mandaluyong.

Rivero, who will be joining his brother Prince with the Green Archers next season, provided the highlights with his athleticism, but it was Melecio, another La Salle-commit, who shone the brightest as he took home the MVP award after leading Team Punks over Team Hype, 103-98.

All photos by Tristan Tamayo of INQUIRER.net. 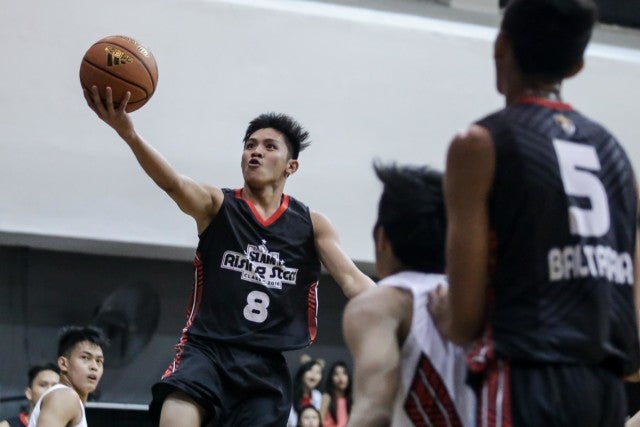 John Clemente puts the move on his defender. Justine Baltazar with the one-hander.